Sampdoria win convincingly the Serie A Week 24 game crushing Sassuolo on Sunday 6 February 2022 at the Luigi Ferraris Stadium in Genoa, Italy.  Sassuolo unable to react succumbed at the Ferraris.  The victory helps Sampdoria to move away from the relegation zone reaching 23 points. Sampdoria find a very precious victory for the race to safety thanks to goals from Caputo, Sensi, Conti and Candreva reaching 23 points in the championship. Bad defeat for Sassuolo, who will also face Roma in the next round without the suspended Raspadori and Scamacca.

Sampdoria opened the score with a fast goal in the 5th minute. It is Francesco Caputo to defeat Sassuolo goalkeeper with a right-footed shot to the top left corner. The assist is by Antonio Candreva with a cross following a corner conceded by Davide Frattesi.

👉Sampdoria 1 – 0 Sassuolo, 5th minute, ⚽️ goal by Francesco Caputo for @sampdoria_en with a right-footed shot to the top left corner. The assist is by Antonio Candreva with a cross following a corner conceded by Davide Frattesi. https://t.co/SihkXJ1dDi

Chaos for Sassuolo. Just two minutes after the goal by Caputo, there it is another goal. Stefano Sensi encouraged his teammates and fans scoring with a left-footed shot to the bottom right corner.

Sampdoria just having a ride at the Ferraris. The third goal arrived in the 63rd minute. Andrea Conti with a right-footed shot to the top right corner. The assist is by Antonio Candreva.

👉Sampdoria 3 – 0 Sassuolo, 63rd minute, ⚽️ goal by Andrea Conti for @sampdoria_en with a right-footed shot to the top right corner. The assist is by Antonio Candreva. https://t.co/X7oQNjQP0v

What else could go wrong for Sassuolo? Total chaos as Referee Fabio Maresca gives a penalty to Sampdoria conceded by goalkeeper Andrea Consigli. It is Antonio Candreva to convert the penalty in the 91st minute with a right-footed shot to the center.

👉Sampdori 4 – 0 Sassuolo, 91st minute, ⚽️ goal by Antonio Candreva for @sampdoria_en converting a penalty with a right-footed shot to the center. The penalty is conceded by Andrea Consigli. https://t.co/0629eKkjbI 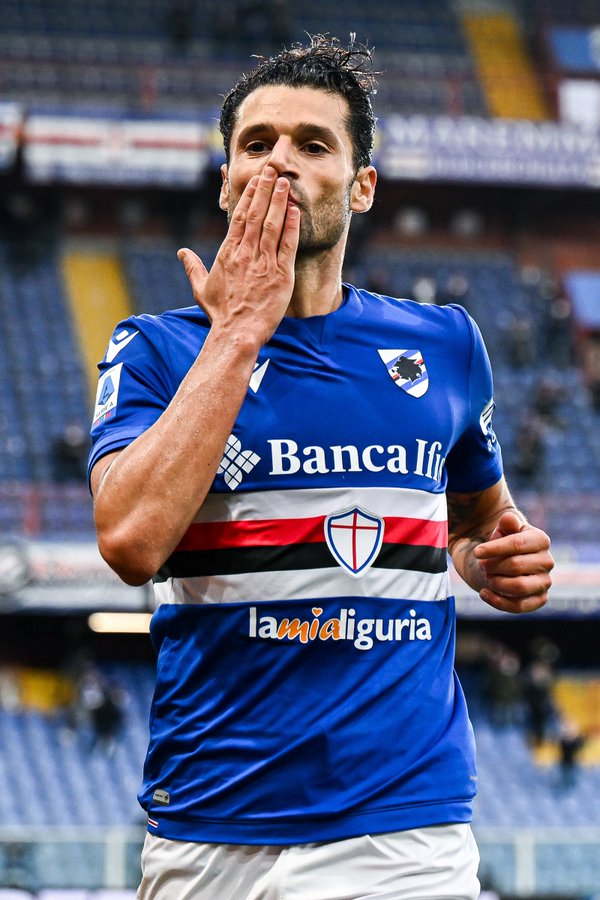 ✅  Sassuolo have remained unbeaten in nine of the last 10 league games against Sampdoria (6W, 3N) and in six of these meetings they have kept a clean sheet.
The match between Sampdoria and Sassuolo is the one that has seen the most 0-0 draws since the 2000s in Serie A, considering all the teams that have faced each other on more than 15 occasions during the period; in fact, 29% of their precedents finished with this score (5 out of 17) – including the first leg. Among the teams they have faced on more than six occasions at home in Serie A, Sassuolo is the one against which Sampdoria has achieved less success: just one in eight previous to Ferraris, compared to three draws and four defeats. Sampdoria have lost all their last four league games (three with Roberto D’Aversa on the bench and the last with Marco Giampaolo), the last time they did worse in Serie A was in November 2012 (seven defeats in a row ). Sassuolo have drawn six Serie A matches since the beginning of November (3W, 3P), more than any other team in the period; in addition, the neroverdi have just found success in their last six league games (3N, 2P). 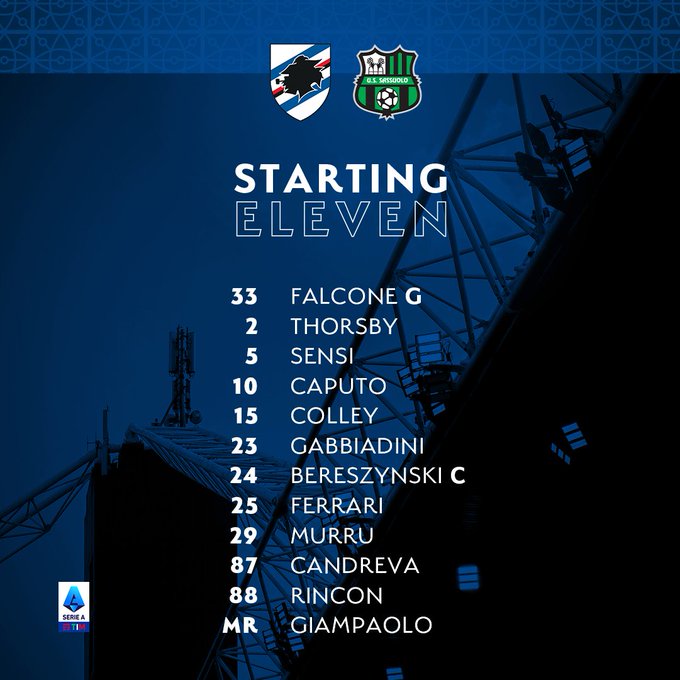 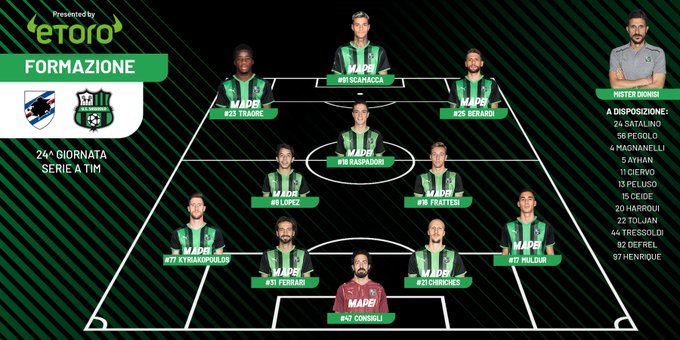 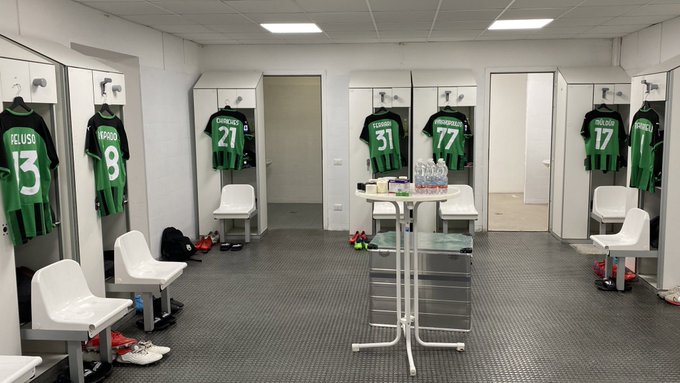 👉First half is over. Sampdoria 2 – 0 Sassuolo 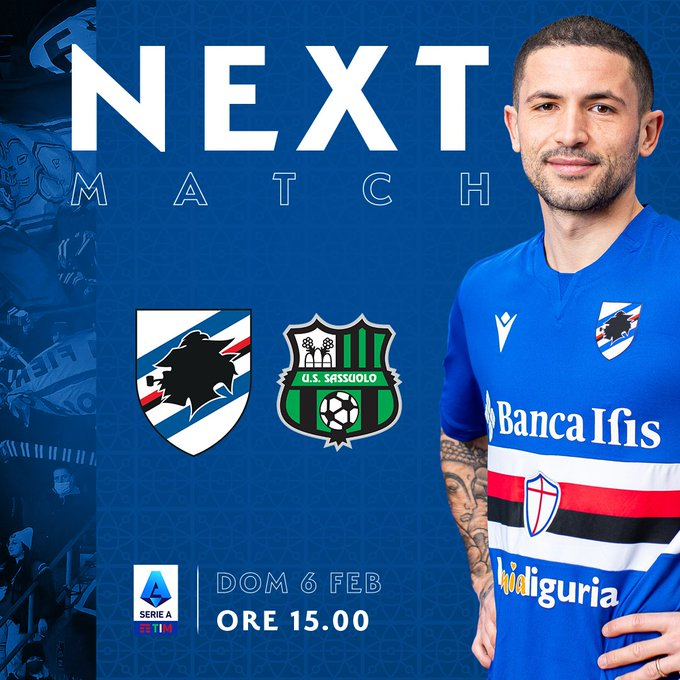