The Italian Referee Association (AIA) has announced the match officials for the 2019-2020 Coppa Italia Third Round to be played on Friday 16, Saturday 17, and Sunday 18 August 2019.

Here are the match officials and fixture for the 2018-2019 Italian Serie A Week 26 / Twenty-sixth Round on Friday 1, Saturday 2, and Sunday 3 March 2019 as designated by the Italian Referee Association (AIA).

The Italian Referee Association (AIA) has designated Referee Luca Banti from the section of Livorno to direct the Serie A Week 26 game Cagliari vs Inter on Friday 1 March 2019 at the Sardegna Arena in Cagliari, Italy at 20:30. 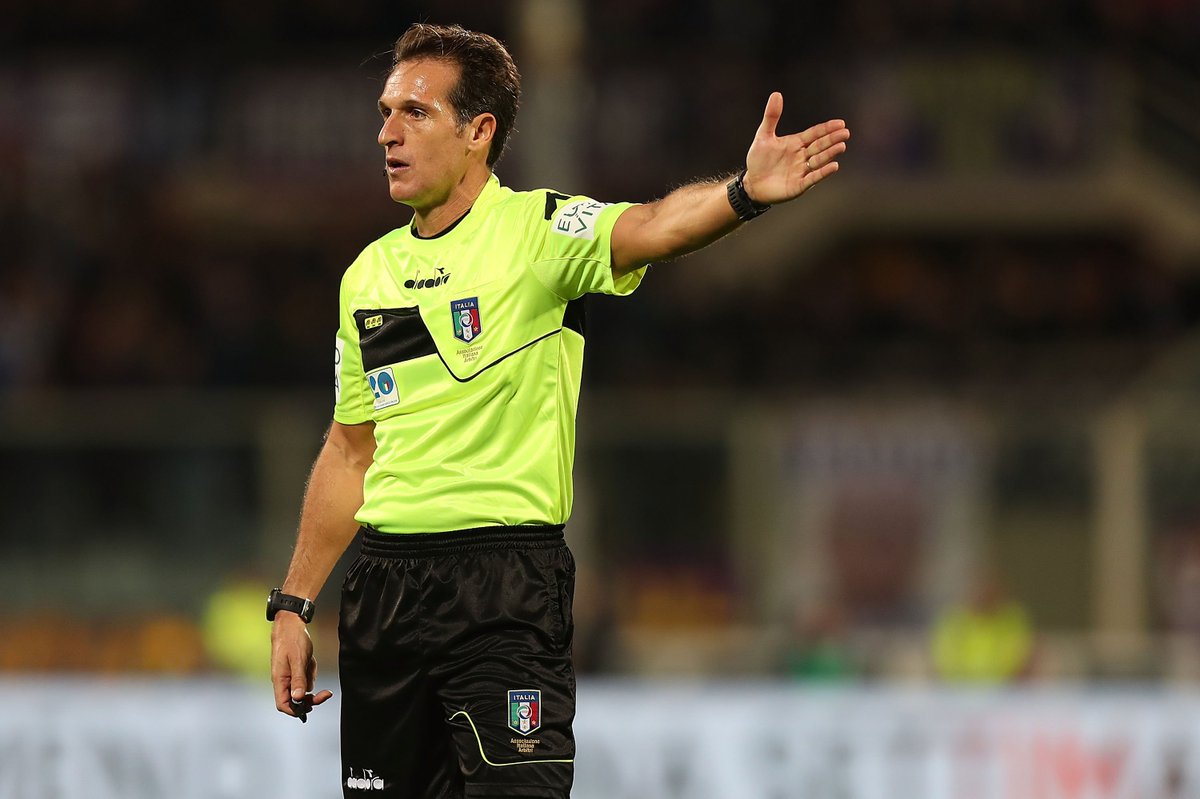 The status quo in the Serie A leadership does not change.  Juventus remain the sole leader with 34 points after defeating AC Milan at the San Siro Stadium with a 0-2 score.    The change is in the 2nd position.  Inter losing the 2nd position after their humiliating defeat at the Atleti Azzurri D’Italia Stadium with Atalanta 4 – 1 Inter.  Inter went down to the 3rd position with 25 points.  Napoli is rocking and partying after claiming back the 2nd position.   Napoli winning the away game thanks to an own goal ending Frosinone 1 – 2 Napoli at the Matusa Stadium.

Results from Serie A Week 12

Top Serie A teams standing AFTER Serie A Week 12 game. First 4 qualifying for Champions League, 5 and 6 for Europa League. (as of Sunday 11 November 2018)

– JUVENTUS, 1st position with 34 points and a positive goal difference of +18

– NAPOLI, 2nd position with 28 points and a positive goal difference of +13

– INTER, 3rd positions with 25 points and a positive goal difference of +12

– AC MILAN, 4th position with 21 points and a positive goal difference of +7 (pending game with Juventus)

– SASSUOLO, 6th position with 19 points and a positive goal difference of +3

– EMPOLI, 18th position with 9 point and a negative goal difference of -9

– FROSINONE, 19th position with 7 point and a negative goal difference of -15

– CHIEVO VERONA, 20th position with 0 point and a negative goal difference of -20

Italy Head Coach Roberto Macini has called up 27 players for the UEFA Nations League against Portugal on Saturday 17 November at the Giuseppe Meazza Stadium and the friendly game against the United States of America (USA) on Tuesday 20 November at the “Luminus Arena” in Genk .   The two games will be played at 20:30 and will be broadcast live on Rai 1.  Among the news in the convocations of  Mancini

ITALY-PORTUGAL. There are 26 precedents between Italy and Portugal and the Azzurri have a clear advantage in the direct matches: 18 wins and 2 draws against only 6 losses, even if in the last two comparisons it was imposed Portugal (1-0) and the last Italian victory dates back to 6 February 2008 (3-1 in Zurich in a friendly). In the last 4 races in Milan with the Lusitanians there are 4 Italian victories. The one with Portugal will be the 58th Italian game in Milan, which puts Rome to the top of the ranking of the venues that have hosted the Azzurri several times. In the 57 matches played in Milan, Italy faced 23 opponents with a score of 37 wins, 18 draws and 2 losses and an average of 2.26 points per game (129 points in 57 races). The Azzurri have not lost in Milan for 93 years and are unbeaten in the 27 races disputed in the San Siro Stadium then “Meazza”. Among the previous ones in Milan, an Italy – Portugal played exactly 25 years ago, on November 17th 1993: a 1-0 blue victory with a goal by Dino Baggio.

ITALY-USA. There are 12 precedents between Italy and the United States, 3 of them in the World Cup Final Phase with a favorable coincidence: in 1934 and in 2006 Italy won the World Cup after facing the Americans.  Stats are 8 Italian wins, 3 draws and 1 defeat, in the last challenge in Genoa in 2012. Italy and USA will meet for the 6th time in the neutral field: so far 5 wins and 1 even for the Azzurri, who boast a +20 in the goal difference, thanks above all to the two big successes at the Olympics of 1948 and 1952 (17/0). For Italy it will be the first game in Genk.

Tuesday 20 November 2018
20.45 Italy vs USA
At the end of the game meeting with the press and return to Italy.

Here are the match officials and fixture for the 2018-2019 Italian Serie A Week 9 / Ninth Round on Saturday 20, Sunday 21 and Monday 22 October 2018 as designated by the Italian Referee Association (AIA).

The Italian Referee Association (AIA) has designated Referee Marco Guida from the section of Torre Annunziata to direct the Serie A Week 9 game Inter vs AC Milan on Sunday 21 October 2018 at the Giuseppe Meazza Stadium in Milan, Italy at 20:30.