Italy needed a draw to  qualify to the Round of 16. Yet, it failed big time and are now eliminated after losing against Uruguay.    Last time Italy and Uruguay played was in the 2013 Confederations Cup with Italy winning in penalties.  Uruguay playing their 50th game in a World Cup. It’s a sad day for Italian football, and I am so disappointed. So frustrated seeing Italy struggling.  We, as fans, did our part and supported the team…..

In Group D, Costa Rica and Uruguay  qualified to the Round of 16.  Stats AFTER the game:

We are ready… So nervous just watching our Azzurri!!!!  Andrea @Pirlo_official  playing his 112th match for Italy tonight against Uruguay, equalling the record of goalkeeper Dino Zoff. Congrats

Wow,  guys, now I have goosebumps… the notes of the national anthem “L’Inno di Mamelii”  Close up from our players  and Prandelli singing so proudly.   My blessings and prayers for our Azzurri!!!! Buffon with closed eyes concentrating, singing..  feeling the love of the fans!

Players now shaking hands before the game.  Come on Balotelli!!!! I am only sad to see Cavani  playing against Italy.   Captains shaking hands Gigi Buffon and Uruguay captain Diego Godin.

This is it, Referee Marco Rodriguez whistles the start of the game… Let’s roll the ball!!!!!  Forza Italia!

In the 7th minute, Buffon punching the ball away with both hands… Uruguay continuing pressing and now Buffon saves the headed shot by Uruguay midfielder Alvaro Gonzalez in the top right corner.    Italy defender Giorgio Chiellini on the ground after clashing  with Alvaro Gonzalez.  Italian players protesting and discussing with Referee Rodriguez…..

Wow, in the 12th minute, what a brilliant right footed free kick shot by Italy midfielder Andrea Pirlo though Uruguay goalkeeper Fernando Muslera saving with both hands in the top center.

Italy going all forward.. love it!  In the 15th minute, there it is a fast run by forward Mario Balotelli on the left.. though not reaching the ball…..   Balotelli applauds the effort by his teammates while fans show him their support.

In the 22nd minute, Referee Rodriguez giving the  first yellow card of the match to Mario Balotelli after a foul on Uruguay defender Alvaro Pereira.  Balotelli will not play the next game. Here is the thing, Balotelli running fast attempting to get the ball, but on his way to the jump bring down Pereira.

Ooops, in the 27th minute a handball by Andrea Pirlo…

Super Buffon!!!!  In the 33rd  minute making two saves in a row…  Buffon anticipates to block forward Luis Suarez saving with one hand, then, the ball still in the area and midfielder Nicolas Lodeiro attempts a left footed shot and Buffon saving too!!!! Great job! Forza Gigi.

In the 36th minute a handball by Italy midfielder Marco Verratti

Italy starts the second half with a substitution in the 45th minute replacing forward Mario Balotelli with midfielder Marco Parolo.

Hello, hello, hello, in the 50th minute Cavani  claiming a penalty, but the  Referee not buying it….  replay showing  Bonucci and Cavani dueling ,,,, Cavani falling, but the assist man not considering an intentional foul

Mamma mia!!!! Helloo! In the 58th minute, Uruguay so close to the goal and Cristian Rodriguez missing his right footed shot and on the attempt  falling on the ground.

Wow, what a chaos!!!!  In the 59th minute, Referee Rodriguez  gives a red card to Italy midfielder Claudio Marchisio and players protesting.  Buffon coming to talk to  the referee.. and the red card remains.  Italy now with 10 players.  Here is the thing, replay showing Marchisio committing the foul on midfielder Egidio Arévalo Rios.

Despite the protests by Italian players, Referee Rodriguez does not change his mind and gives the straight red card to Marchisio…

Crucial  adjustment now for Uruguay because they are increasing the attack now that Italy have only 10 players.  Uruguay with a substitution in the 63rd minute forward Cristian Stuani replacing defender Alvaro Pereira.

Buffon with a super save with his right hand in the 66th minute denying forward Luis Suarez to shout a goal after his right footed shot deviating for a corner.

In the 69th minute with a through ball by midfielder Marco Verratti and too bad that Immobile is caught offside.

Verratti is on the ground…. match delay in the 73rd minute..  .. Verratti cannot continue and he is leaving the pitch on stretcher…. what a luck!   Taking his place is midfielder Thiago Motta.

Match delay in the 78th minute, replay showing forward Luis Suarez  committing a foul on Italy defender Giorgio Chiellini showing Suarez hitting with the head Chiellini while reaction with an elbow back… what a confusion there.. anyway, no yellow cards …..

No!!!!!  In the 81’st minute Uruguay goal by Diego Godin with a headed shot defeating Italy goalkeeper Buffon in the bottom right corner following a corner with assist by Gastón Ramírez!!!!!!

Free kick by Andrea Pirlo in the 84th minute with a right footed shot .. corner….

Desperate last minutes….  I am about to collapse!!! It’s over! 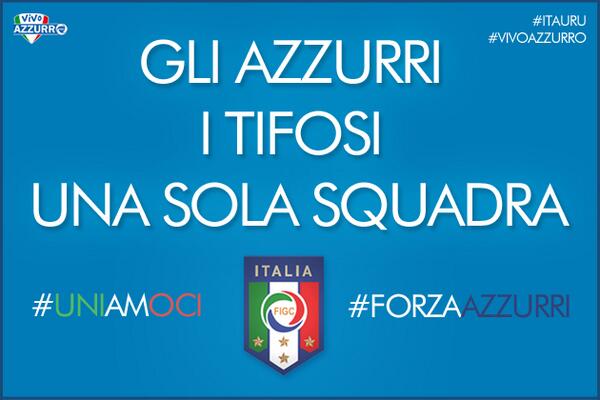