Inter failing to win the Champions League Group Stage Group D Matchday 1 game against Real Madrid  on Wednesday 15 September 2021 at the Giuseppe Meazza Stadium in Milan, Italy.   Inter put up a strong battle.  Bravely fighting until the end.  Real Madrid grabbing this away victory in the 90th minute with the goal by Rodrygo.  Inter are in  Group D 3rd position without points. 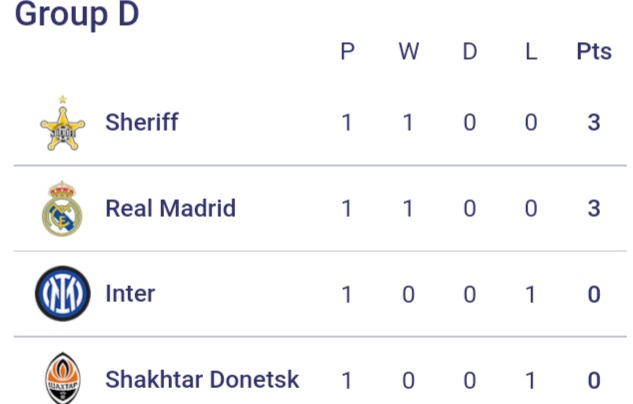 Real Madrid scoring the only goal of the match in the 89th minute to claim the victory.

👉Inter 0 – 1 Real Madrid, 89th minute, goal by ⚽️ Rodrygo for @realmadriden with a left footed shot to the bottom right corner. The assist is by Eduardo Camavinga.

The goal by Rodrygo scoring the winner goal for @realmadriden in the 90th minute. https://t.co/c7Vuk4zFEP