Inter Coach Simone Inzaghi press conference on the eve of the UEFA Champions League Round of 16, First Leg, on Wednesday 16 February 2022 at the Giuseppe Meazza Stadium in Milan, Italy at 21:00.

👉 Here are Inzaghi’s declarations via inter.it

Can Inter make up the difference on English teams over two legs? Premier League sides tend to come out on top…
“English clubs are excellent. Liverpool are certainly one of the best sides in Europe, but I’m pleased because this club and our fans deserve to play in these sorts of games. It’ll be very tough, but we’ll go for it with everything we’ve got.”

Rafa Benitez believes it’ll be an even tie between Inter and Liverpool because both sides are attacking and create plenty of goals. Is that how you see it or do you feel the Reds are favourites?
“Liverpool are the favourites on paper, but matches are there to be played. We have to take to the pitch to play our game. I want the players to play with a clear head. Determination will make the difference and the lads have plenty of that. They’ve shown as much in every game this year.”

Inter have lost nine of the last 12 clashes with top teams in Europe since 2018. What makes you feel confident heading into this tie? Does the team have more European pedigree than in recent years?
“I’m confident based on the signals I’ve seen from my team. We produced an average performance in the first half against Napoli on Saturday, which was also dictated by their penalty, but we played with real team spirit and desire in the second half. The second 45 minutes against Napoli filled me with confidence ahead of the Champions League. We respect Liverpool, but we aren’t beaten before we start.”

Could you explain why Lautaro Martinez should start or why Alexis Sanchez should play?
“At the moment, all the players have the same chance of playing. We still have some training sessions to come, so we’ll assess the condition of all three forwards. Two will play and the third will come off the bench. I have very mature players who accept these decisions. There are plenty of games and there will always be an element of rotation.”

At this stage of the season, does it get complicated with game after game, while there’s still the postponed game against Bologna to fit in?
“It’s a situation that we have to accept. It’s happened to me in previous years as well. We’ll think about that when the time is right and it will be a very important game. Our priority right now is Liverpool.”

Are you aware of how important this game is bearing in mind the club’s recent history?
“The first step was to get to the last 16 for the first time in a while. We’re up against a top side with fantastic players, but football matches start at 0-0. We have our strengths and we’re motivated. It could come down to fine margins.”

Did you expect to head into the tie against Liverpool having dropped some points in the league?
“We knew this game was going to be after the clashes with AC Milan and Napoli. I’m pleased with those performances. We were very good for 70 minutes in the derby and turned in a fine second-half display in Naples. It’s normal not to be pleased after picking up one point from six. The league will be open and we’ll be involved with Milan, Napoli and also Juventus, who did very good business in the transfer window.”

What have you learnt from Milan’s matches against Liverpool in the Champions League?
“We watched those games, as well as Liverpool’s most recent matches. [Jurgen] Klopp is a wonderful coach. His team always plays with great intensity both in and out of possession. Alisson and [Virgil] Van Dijk can play the ball long. Their full-backs have the technical ability of playmakers. They can cause you problems all over the pitch.”

🏆👉Inter vs Liverpool, Match Officials
UEFA Champions League Round of 16 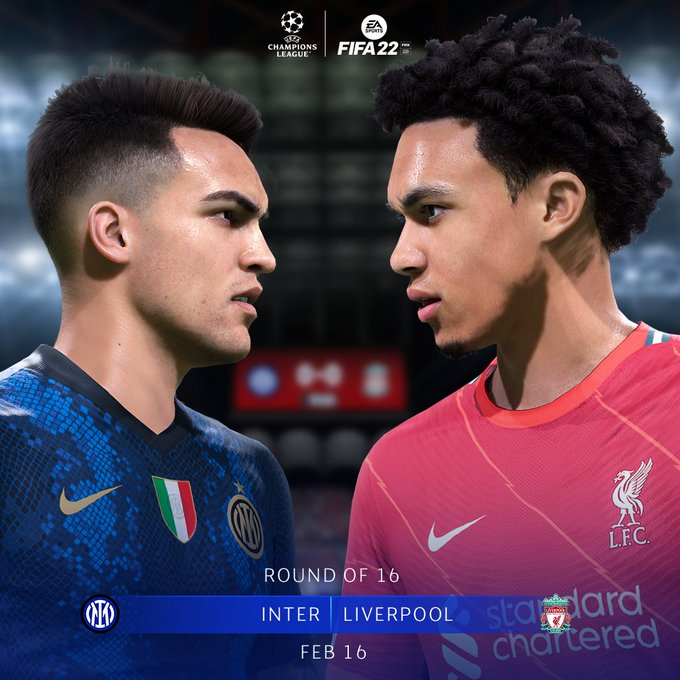