AC Milan announcing the signing of the Romanian goalkeeper Anton Ciprian Tătăruşanu from Ligue 1 team Olympique Lyonnais on a permanent deal on Saturday 12 September 2020. Tătăruşanu has signed a contract with AC Milan until 30 June 2023.   Tătăruşanu has chosen jersey number 1.

Tătăruşanu having his first training session at the Milanello Sports Centre  under Coach Stefano Pioli today Saturday.  Surely, the signing of Tătăruşanu is reinforcing the squad.

A background on Tătăruşanu as presented by AC Milan official website.  Tătăruşanu was born in Bucharest (Romania) on 9 February 1986, Ciprian Tătăruşanu took his first steps as a professional footballer with Juventus Bucaresti, before completing a transfer to Gloria Bistrita where he made 47 appearances over 3 seasons. In 2009, Tătăruşanu moved to Steaua Bucaresti making 186 appearances and winning 2 national leagues, 2 Romanian Cups and 1 Romanian Supercup before joining Fiorentina, in Italy, where he made 101 appearances in 3 seasons. In the summer of 2017, the goalkeeper moved to France, first signing for Nantes, where he went on to make 67 appearances during a 2-year period, before joining Olympique Lyonnais, for whom he played 6 times in 2 years. 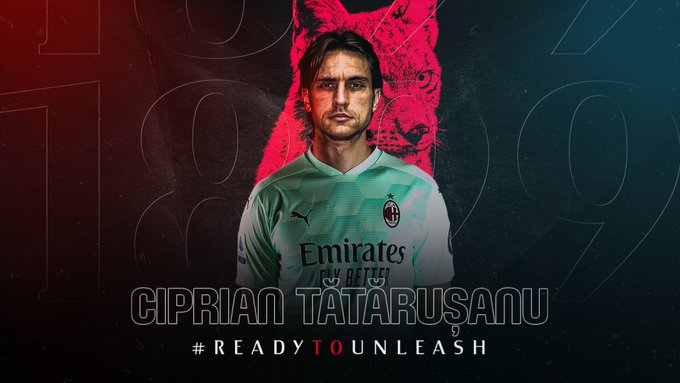 The first day a Rossonero. A day you never forget, Ciprian 🔴⚫