Here are TORINO official called up players by coach Giampiero Ventura for the game, Torino vs Bologna on Sunday 9 February 2014 at the Olimpico di Torino Stadium in Turin, Italy for the Serie A Week 23:

Here are BOLOGNA official called up players by coach Davide Ballardini for the game against Torino: 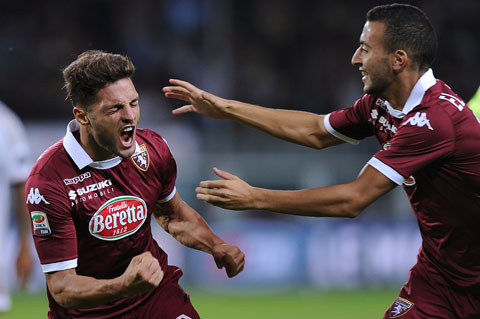 Torino midfielder Omar El Kaddouri running to congratulate his teammate D’Ambrosio  looking for a home victory against Bologna… will they do it?