Cagliari with a waking call managed to end with a draw the Serie A Week 25 game against Empoli on Sunday 13 February 2022 at the Carlo Castellani Stadium in Empoli, Italy.  Empoli failed to win the game conceding the equalizer goal for Cagliari in the 84th minute.

A highlight of the match Referee Dionisi was unable to finish the game.  In the 15th minute, Dionisi is forced to leave the field due to a muscle injury, in his place the fourth official Valerio Marini takes his place as referee.

Empoli opened the score in the 38th minute. Andrea Pinamonti defeated Cagliari goalkeeper Cragno with a left-footed shot to the bottom right corner. The assist is by Nedim Bajrami.

👉Empoli 1 – 0 Cagliari, 38th minute, ⚽️ goal by Andrea Pinamonti for @EmpoliCalcio with a left-footed shot to the bottom right corner. The assist is by Nedim Bajrami. https://t.co/FauCMBneTX

Cagliari equalized in the 84th minute. It is Leonardo Pavoletti to defeat Empoli goalkeeper Vicario from very close range with a right-footed shot to the high center.

✅ Stats before the game. Empoli won the last league match played against Cagliari (2-0 in September), in Serie A they have never achieved two consecutive victories against the Sardinians. Empoli and Cagliari have never drawn at the Tuscans’ home in Serie A, with six home wins and one away success: among the opponents against whom the Tuscans have played at least three home games, the Sardinian is the team with which they have obtained the highest home win rate in the top flight (86%). After the two consecutive wins against Udinese and Napoli won in December, Empoli have failed to win in their last seven league games (4N, 3P) and have done no worse in Serie A since February 2019, when they reached eight. Empoli have lost all of their last three Serie A home games and have never made it to four straight home losses in the top flight – these three defeats came after an unbeaten run of three home games (2W, 1D). 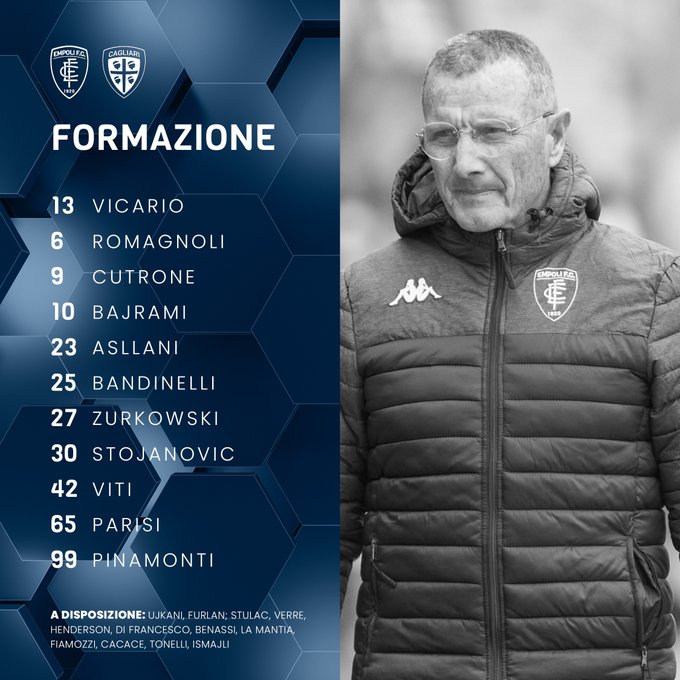 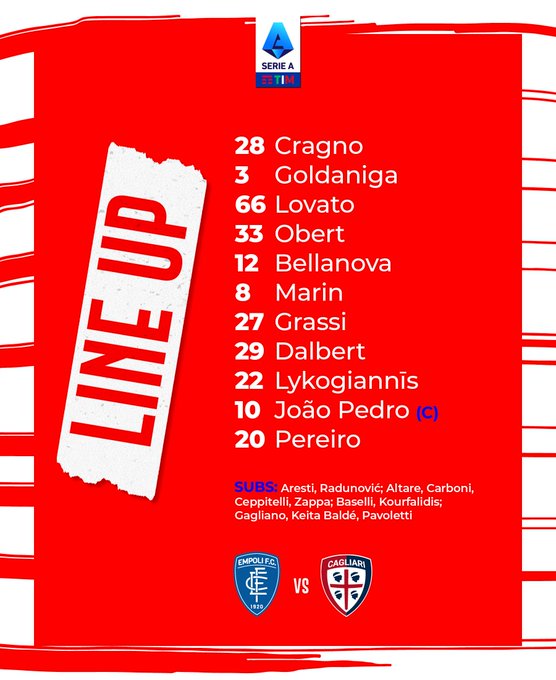