Genoa continue crying out loud for help.  Genoa failing to win the Serie A Week 23 game against Udinese on Saturday 22 January 2022 at the Luigi Ferraris Stadium in Genoa, Italy.  The game ended with a goalless draw sharing one point each.  However, we might consider a positive result for Coach Alexander Blessin on his debut with Genoa getting his first point in Italy.

Genoa remain second-bottom in Serie A after their 20th match without a victory reaching 13 points, five behind Venezia who are in the 17th and face Inter at the San Siro Stadium. 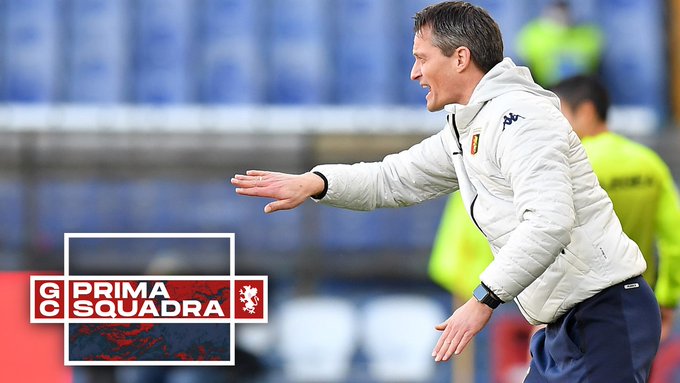 On the points, in fact, the rossoblù would undoubtedly have deserved the victory. Genoa are the first non-promoted team to record 19 consecutive unsuccessful games in a single Serie A season since 2015/16, when Verona reached 22; in the era of three points to win only two other non-Serie B teams reached 20, Perugia in 2003/04 and Cesena in 2011/12.  Genoa have not won in 12 home games in Serie A (4D, 8L): it is the worst streak ever for the rossoblù who previously, in 1990 and 2017, had stopped at nine.

✅  Stats before the game.  Udinese have not lost against Genoa in Serie A since February 2016 (2-1 with goals from Cerci, Laxalt and Ali Adnan), since then six wins and five draws for the bianconeri: the Friulian team has never done better against a single opponent in the top league (11 unbeaten games also against Cagliari between 1981 and 1995).
Genoa and Udinese have drawn five of the last eight matches played at home by the Ligurians in Serie A, with an internal success and two external ones to complete: from 2014 onwards, the Friuli team is the team against which the Grifone has obtained the most home draws in the top flight.  Genoa have conceded 45 goals so far in the league: among the non-newly promoted teams, in the era of three points to win, only Bari 1995/96, Napoli 1997/98 and Parma 2014/15 have collected so many goals at this point of the season; all were relegated at the end of the year. 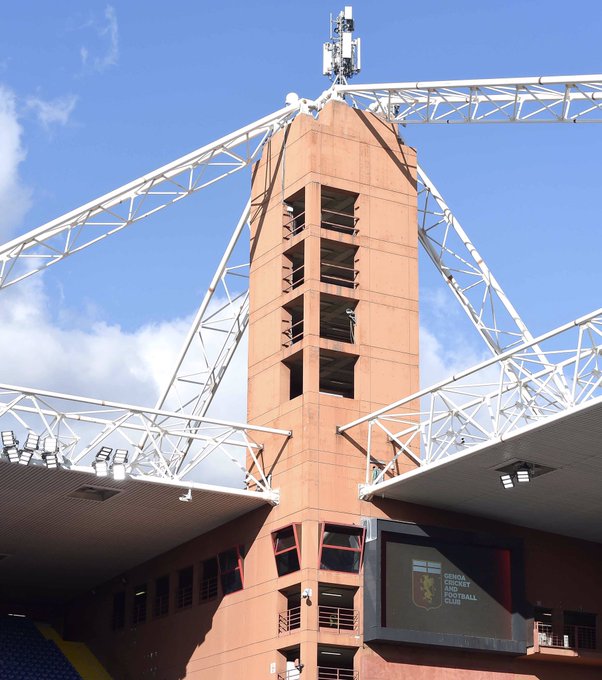 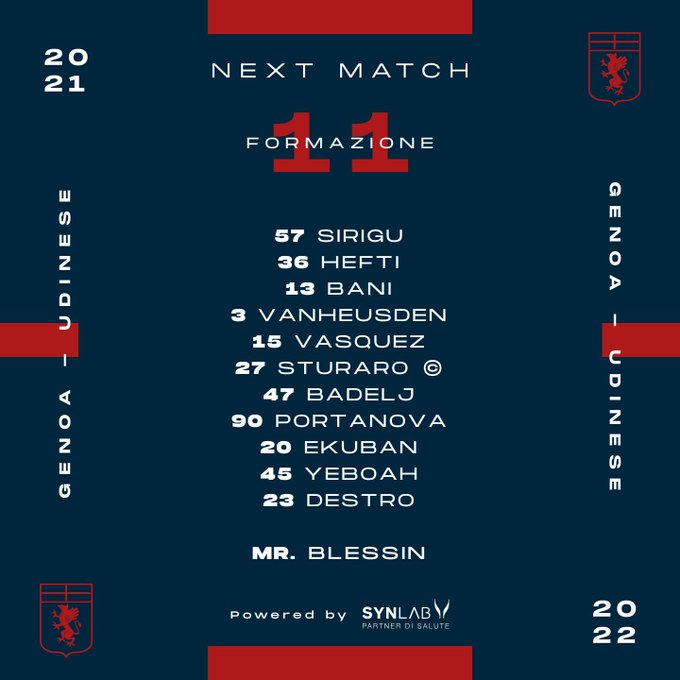 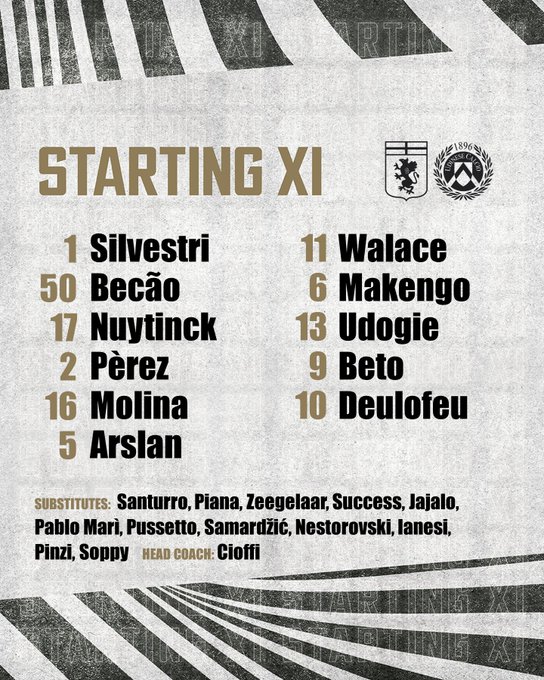