Cagliari seeing the light at the end of the tunnel.  Cagliari win the Serie A Week 21 game defeating Bologna on Tuesday 11 January 2022 at the Unipol Domus in Cagliari, Italy.  A slap for Bologna after leading to lose the game with a determined Cagliari battling until the end scoring the winner goal in the 93rd minute.  This is a much needed victory for Cagliari dreaming with salvation.

Bologna opening the score in the 54th minute. It is Riccardo Orsolini defeating Cagliari goalkeeper Cragno with a left footed free kick shot to the top right corner. This is Orsolini’s third goal of the season.

Riccardo Orsolini scores his third goal of the season for Bologna with a sumptuous set-piece. pic.twitter.com/U27JZwyRsV

Cagliari equalizing for the 1-1 in the 71st minute. Leonardo Pavoletti defeating Bologna goalkeeper Skorupski from very close range with a left footed shot to the bottom left corner. The assist is by Gastón Pereiro.

👉Cagliari 1 – 1 Bologna, 71st minute, ⚽️ goal by Leonardo Pavoletti equalizing for @CagliariCalcio from very close range with a left footed shot to the bottom left corner. The assist is by Gastón Pereiro. https://t.co/uF3uvxurl6

What an ending!! Cagliari overturning the result and scoring the winner goal in the 93rd minute. The hero is Gastón Pereiro with a left footed shot to the bottom left corner. The assist is by João Pedro.

👉Cagliari 2 – 1 Bologna, 93rd minute, ⚽️ goal by Gastón Pereiro giving the lead to @CagliariCalcio with a left footed shot to the bottom left corner. The assist is by João Pedro. https://t.co/gueh0yIJRi

✅  Stats before the game.  The balance in the last 10 Serie A matches between Cagliari and Bologna is in balance with three wins per side and four draws – the Emilians had won five of the previous six matches against the Sardinians in the competition (1P).  After a 2-0 win in the first leg, Sinisa Mihajlovic could become the first Bologna manager to win two straight Serie A games against Cagliari from Stefano Pioli in 2013 – none, however, in the era of three points. victory, he did it in a single season. Cagliari have won all of their last three Serie A home games against Bologna, their best streak at home against the Emilians since that of five recorded between the 1960s and 1970s. Cagliari have not kept a clean sheet from 11 Serie A home games: the last occasion in which the Sardinians have not recorded clean sheets for multiple consecutive home matches dates back to April 2015 (17 in that case).Bologna have won three of their last four Serie A away matches (1L), as many away victories as those recorded in all the previous 28 matches. 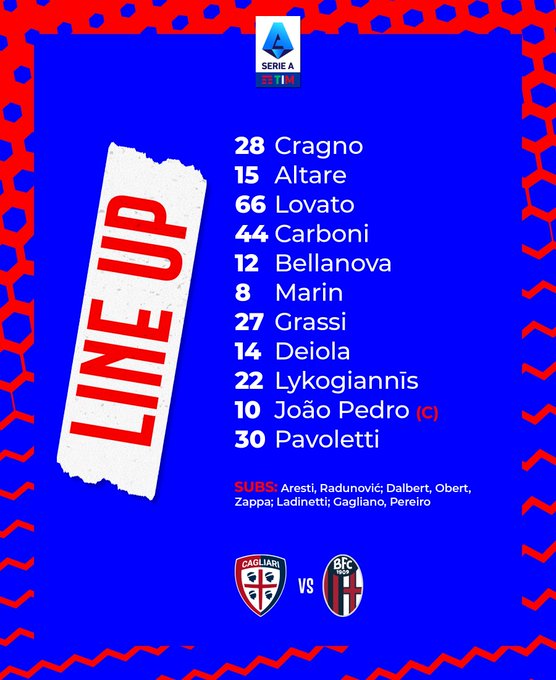 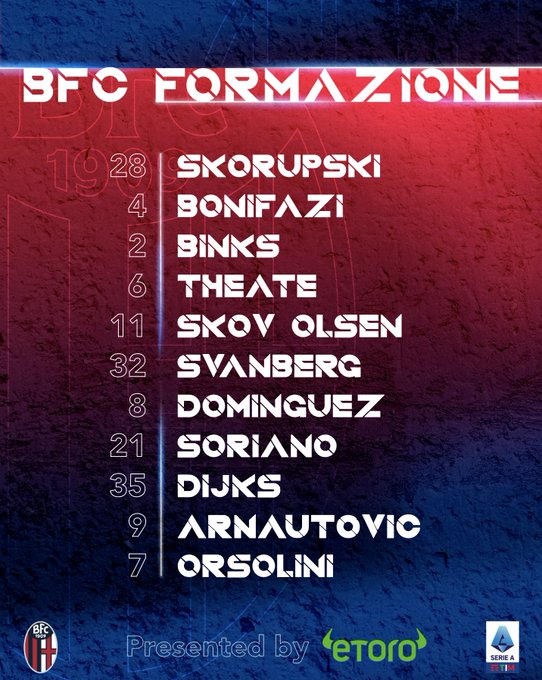