Germany qualifying to the World Cup Semifinal after defeating France.  3  Italian Serie A players called up for the game France – Germany.   Lazio forward Miroslav Klose playing for Germany  has the record  of scoring 15 goals in the World Cup like Brazil forward Ronaldo.  Sampdoria defender Shkodran Mustafi is not playing in this game because it was previously injured.

Germany opening the score in the 12th minute with defender Mats Hummels defeating France goalkeeper Hugo Lloris with a headed shot in the top right corner.  The assist by midfielder Toni Kroos.

According to fifa.com Stats up to First half: France 107 Passes Completed and Germany 186.  France 3 Deliveries in Penalty area 1 Germany.

3 Italian Serie A Players called up in FIFA World Cup Quarterfinal game  France vs Germany  on Friday 4 July  2014 at the Estadio do Maracana in Rio De Janeiro, Brazil  at 13:00 local time.

Mats Hummels securing that the ball went inside turning his head… and there you go,,,, it went through…. 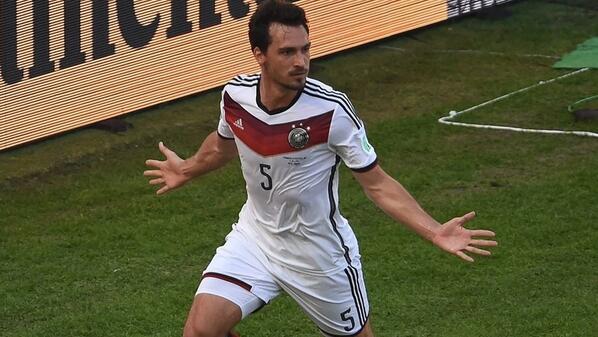 Germany defender Mats Hummels celebrating after scoring against France in the 12th minute. 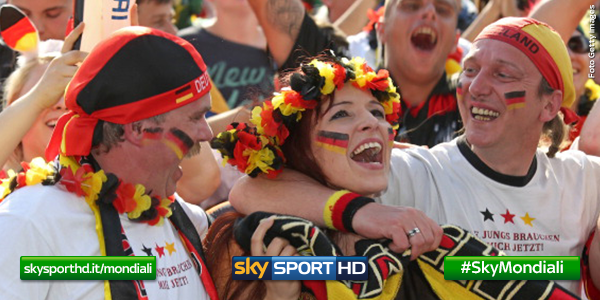 Germany fans celebrating after the goal by defender Mats Hummels