🇮🇹 👉  Congratulations to Lazio forward Ciro Immobile wins the award “Striker of the Year presented by cripto.com”  The Award rewards the player with the most goals during the Serie A 2021/2022 championship.  The League ended on Sunday 22 May 2022.

⚽️   Immobile scored 27 goals in 31 appearances, beating Juventus forward Dušan Vlahović with 24 goals and Inter forward Lautaro Martínez with 21. For Immobile, it is the fourth career success in the Serie A goalscorers’ table.

“With his fourth career success in the goalscoring charts, Ciro Immobile enters the Olympus of the greatest strikers in the history of Italian football, surpassing champions like Meazza, Riva and Platini in the number of top scorer titles won. By winning the Stiker Of The Year presented by crypto.com award Immobile once again proves himself to be an extremely prolific striker, capable of breaking new records every year”. Lega Serie A CEO Luigi De Siervo said. 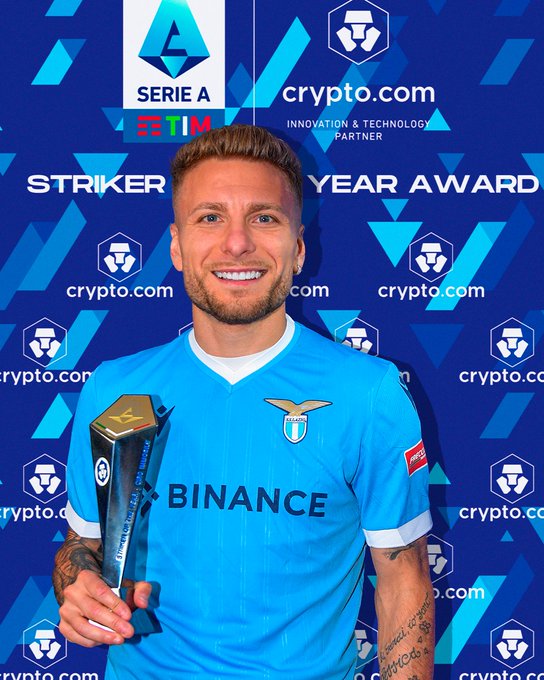 🎙️ | “This award is for my family. I would like to thank also my Coach, staff and teammates, the award has to be shared with them”@ciroimmobile, winner of Striker of the Year powered by @Cryptocom and king of strikers of this #SerieA💎 🤴🏼 pic.twitter.com/dC3Mfm7IOg