🏆  The draw for the 2022/23 UEFA Champions League Group Stage Draw was made in Istanbul, Türkiye on Thursday 25 August 2022.  There are 4 Italian Serie A teams participating: AC Milan, Inter, Juventus, and Napoli.

As reported by UEFA, teams were divided into four pots based on their UEFA club coefficients. One team from each of the pots was then drawn into the eight groups, A–H. There were a few caveats: no team could play a club from their own association, and sides from the same association were paired to ensure they play on different nights. The UEFA Champions League Final will be on 10 June 2023 in Istanbul’s Atatürk Olympic Stadium. 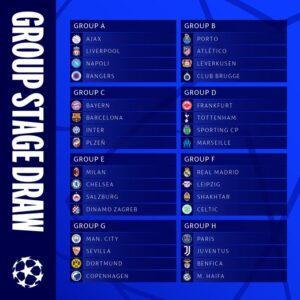 When are the Champions League group matches? 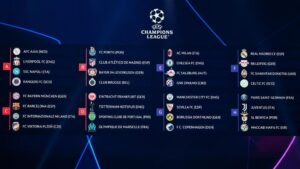