Here are the declarations of Inter President Eric Thohir on Monday 30 June 2014 after a  board meeting responding to journalists  in Milan, Italy.
How do you feel about the new season and how did the board meeting go?

“The board meeting was basically about the budget for UEFA because Financial Fair Play is getting closer and closer and as we’re playing in the Europa League and maybe in the future in the Champions League we need to make sure we follow the rules. So it’s important that the budget is there. Most of the board meeting was spent discussing the budget. The other issues we discussed were about bringing in some new members to the management team. So we’re hiring a marketing director and looking at international sponsorships because to compete with the other clubs in the world you need to create more revenue. By bringing in a new team on the revenue side we hope we can compete with the big clubs, and I think Inter is one of the big clubs.”

Did you formalise any decisions about the staff, Zanetti or Cordoba for example?

The management have reached an agreement with captain Zanetti. He’s going to be the club’s vice president for two years. The owners and the management agree on retiring his number 4 jersey. There will of course be a lot of movement in the first team. There are ongoing discussions between myself, Marco Fassone, Piero Ausilio and the coach on how we can improve the team, not only on the pitch but also off it. I don’t want to say that one person is good and another is not but we want to improve things. We want to consolidate the team as a united team with new targets, because last year’s target is already in the past and now we need another target, which is to stay in Europe – that’s very important. We cannot be out of Europe. We have to be in there.”

Will Mazzarri have a team to compete for a place in the Champions League?

We need time to be able to compete in the Champions League. The most important thing for us at the moment is that we’ve achieved our Europa League target. It’s important to have a strong team but I think a lot of people are often mistaken about teams. If you look at the World Cup, a team like Costa Rica can qualify. If you take the value of the Costa Rica players, it’s only about €26 million, compared to Italy with something like €250 million, and yet they still win. But it’s important to have a strong team: not only their characters and the way they play but most importantly we have to create a unified team.”

Will M’Vila be the midfielder to replace Cambiasso?

“It’s too early to say because as you know in Italy sometimes the market is still moving two weeks before the window closes. This will be my first year experiencing this sort of transition at the club. It takes time.”

Is it true that Atletico Madrid want Icardi and Handanovic? Have you received any offers?

“What I heard from the sporting director is that Atletico are interested but at the end of the day it’s our decision whether to keep or to sell. Right now it’s important for Inter to build a strong team for next year so I don’t think there is a decision or a discussion about these players. We definitely want to keep them at the moment.”

“I said a while back that Cerci and Immobile in the starting eleven for the national team would be good. It doesn’t necessarily mean I like them as individuals…”

Will you give Mazzarri another year on his contract?

“The management are having discussions with coach Mazzarri to extend his deal by one year and hopefully we’ll sign an agreement soon. So we’d then have two full years with him and I think it would be right to have two years with him, because last year was a transition year. Now the challenge for this year and next year is to build a team together with him. Because I really believe that during a transition like this we can’t just change. I need stability in the team. It’s good to grow with Mazzarri and at the same time we need to find players who can play together.”

What is Inter’s real goal for next season?

“I mentioned before that our target is European football and after that we’ll see. You never know. Costa Rica qualified, didn’t they? Let’s see if the US can also go through against Belgium!” 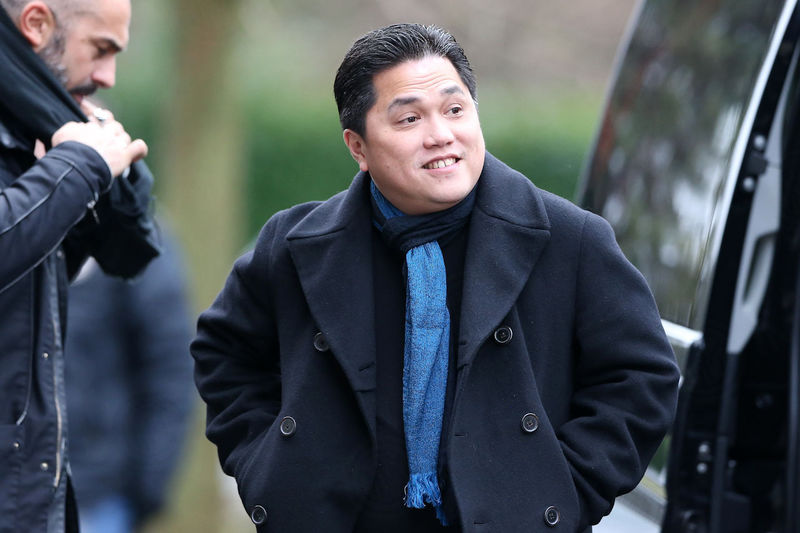