👉Inter
National teams press for players, but the club wants to keep them

👉Roma full house
From the quarterfinals with Ajax to the fiction on Totti: between present and past, the limelight is of the Giallorossi

👉Agnelli’s battle
Serie A row over funds and TV, but Juve President has his eyes only on Europe pic.twitter.com/o2mJNwkvRy

👉 Toro
Belotti: I am staying if…

👉What the Devil!
Europa League: Milan out of the cups too
Pogba comes on and decides (1-0): United advance
Penalty denied to Ibra: "We’ll win the league"

👉Roma, Italy
Fonseca wins even in Ukraine (2-1) and flies to the quarterfinals, today the draw
Milan eliminated by United (0-1), just the Giallorossi in Europe

👉The Devil is Pogba
Roma, you are Italy!
Milan eliminated: Frenchman comes on and seals 1-0 for United, going to the Europa League quarterfinals

👉Made in Italy
Juve at work on the transfer market to expand the Italian base of the squad pic.twitter.com/9fm7bQuKmw

✅ Here are the match officials and fixtures for the Serie A Week 28 / Twenty-eighth Round on Friday 19, Saturday 20, and Sunday 21 March 2021 as designated by the Italian Referee Association (AIA).

The Italian Referee Association (AIA) has designated Referee Daniele Doveri from the section of Roma 1 to direct the Serie A Week 28 game Parma vs Genoa on Friday 19 March 2021 at the Sardegna Arena in Cagliari, Italy at 20:45. 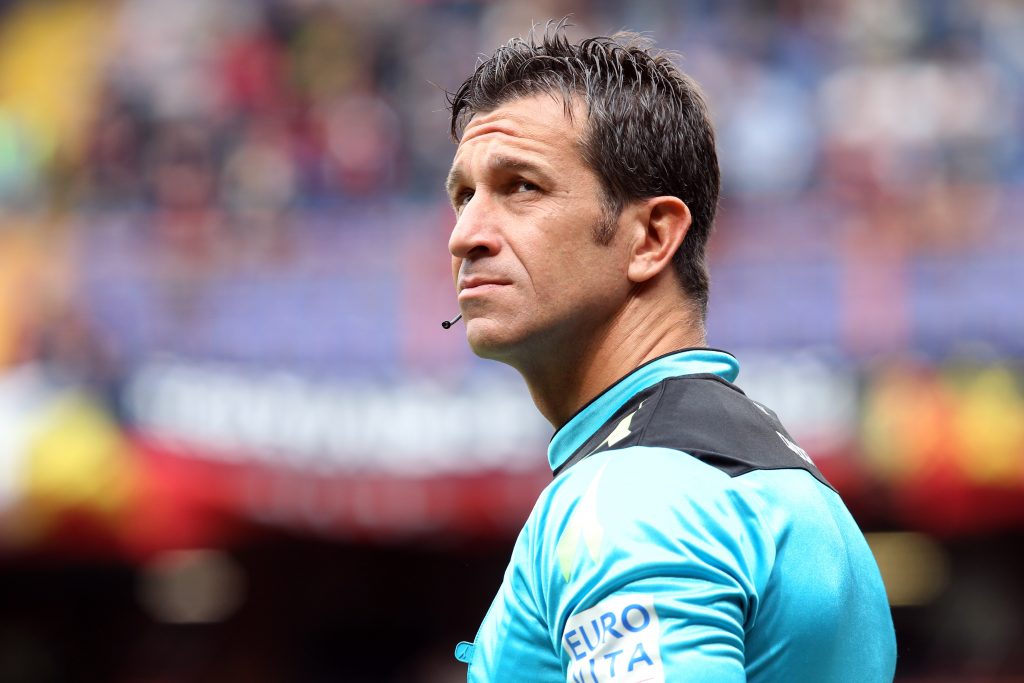 👉Italian football needs a Lyon-like Thursday
Milan lift us up
Europa League
Against United at San Siro, a 0-0 is enough to reach the quarters

👉Champions League
Lazio say goodbye too
Everyone out, reasons for the flop pic.twitter.com/nixjrSoQGy

👉Vlahovic: "Happy to stay in Florence"

👉Lazio say goodbye to the Champions League too

👉"Ronaldo is staying"
Our survey of 11 agents who are big on the transfer market: all convinced CR7 and Juve will continue together

👉Champions: Bayern 2-1
Lazio with dignity, but Italy is no more pic.twitter.com/7kl1MRZS12

Inter unstoppable winning the Serie A Week 27 defeating Torino on Sunday 14 March 2021 at the Olimpico di Torino Stadium in Turin.  Inter reaching 65 points and continuing their solo flight in the leadership being +9 points above AC Milan with 56 points.  A tough home defeat for Torino because they remain in the relegation zone.   Inter winning their 8th consecutive game and the message is clear that they want to win the Scudetto.

AC Milan suffering a nightmare a cold shower in San Siro.  Napoli claiming the away victory defeating Milan with the goal by Matteo Politano.  Milan remain with 56 points and by now it seems “Good Bye Scudetto.”  A miracle will be needed for Milan.  Napoli claiming this important away victory and their race for the top 4 positions gaining momentum.  Napoli climbing from the 6th to the 5th position with 50 points being -2 points below Atalanta with 52 points.

Juventus win the Serie A Week 27 defeating Cagliari at the Sardegna Arena on Sunday 14.   Clearly, Juventus archiving their elimination from the Champions League. This is an important away for Juventus under the leadership of Portuguese forward Cristiano Ronaldo scoring a hat-trick. Cristiano scoring in the 10th, then converting a penalty in the 25th and in the 32nd minute the final goal. Cristiano is the top scorer of the Serie A with 23 goals. Cristiano scoring his second fastest hat-trick of his career, after his hat-trick treble in 20 minutes when he was playing for Real Madrid against Espanyol in September 2015. Cagliari Coach Leonardo Semplici losing his first game since he took over in February.

Atalanta with a sprint race to climb the Serie A Standing.  Atalanta win the Serie A Week 27 game defeating Spezia at the Gewiss Stadium in Bergamo. The victory gives a boost to the morale of the team ahead of their Champions League game next week against Real Madrid for the Round of 16.  Atalanta reaching 52 points while Spezia remain with 26 points.

Lazio winning the Serie A Week 27 game defeating Crotone at the Olimpico di Roma Stadium.   This is a great victory for Lazio celebrating Forward Ciro Immobile Winner of the Golden Boot.  Lazio reaching 46 points while Crotone remaining in the last position with only 15 points.   The relegation for Crotone is becoming a nightmare losing their 20th game this season and winning only 4.

Benevento and Fiorentina had 26 points each before the match.  The duel won by Fiorentina defeating Benevento at the Ciro Vigorito Stadium with a 1-4.  It is an important away victory for Fiorentina with a convincing poker.

Parma defeating AS Roma and chaos for the Roman gladiators.  Roma stepping down from the 5th to the 6th position after losing 2-0 at the Ennio Tardini Stadium.

👉 Results from Serie A Week 27

– INTER, 1st position with 65 points and a positive goal difference of +39

– AC MILAN, 2nd position with 56 points and a positive goal difference of +19

– JUVENTUS, 3rd position with 55 points and a positive goal difference of +32

– ATALANTA, 4th positions with 52 points and a positive goal difference of +29

– NAPOLI, 5th position with 50 points and a positive goal difference of +27

– AS ROMA,6th position with 50 points and a positive goal difference of +11

– TORINO, 18th position with 20 points and a negative goal difference of -11

– PARMA, 19th position with 19 points and a negative goal difference of -27

– CROTONE, 20th position with 15 points and a negative goal difference of -37