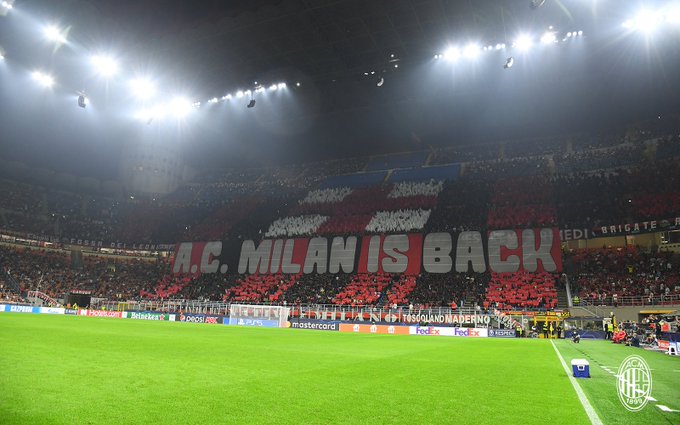 AC Milan opening the score in the 20th minute. It is Rafael Leão to defeat Atletico Madrid goalkeeper Jan Oblak with a right footed shot to the bottom left corner. The assist is by Brahim Díaz following a corner conceded by Oblak. Leão scores AC Milan’s first Champions League goal in seven years in San Siro. Memorable! It is an unforgettable goal for Leão because he has scored the first home Champions League goal for AC Milan since Robinho, in October 2013 against Barcelona.

The goal by Rafael Leão giving the lead to @acmilan in the 20th minute. https://t.co/AIptCB1HLc https://t.co/trOprtZIy6 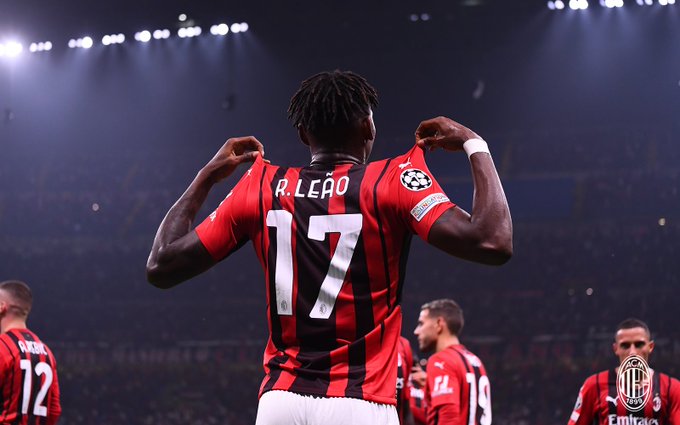 AC Milan 1 – 0 Atletico Madrid, 29th minute, Franck Kessié gets a second yellow card for the automatic RED CARD 🟥 and @acmilan remain with 10 players. An uphill battle…. forza! Kessié is the first AC Milan player to receive a red card during the opening 30 minutes of play in a Champions League match since Riccardo Montolivo (22th), in December 2013 against Ajax. AC Milan forced to make a tactical substitution in the 34th minute, Ante Rebić is replaced by Sandro Tonali.

Atletico Madrid equalizing for the 1-1 in the 84th minute. The goal is by Antoine Griezman defeating AC Milan goalkeeper Mike Maignan with a left footed shot to the bottom left corner. The assist is by Renan Lodi.

Total collapse in the 97th minute. A cold shower after Referee Cüneyt Çakir gave a penalty to Atletico Madrid conceded by Pierre Kalulu following a handball inside the penalty area. It is Luis Suárez to convert the penalty with a right footed shot to the center.

👉AC Milan 1 – 2 Atletico Madrid, 97th minute, goal by ⚽️ Luis Suárez for @atletienglish converting a penalty with a right footed shot to the center. Penalty is conceded by Pierre Kalulu after a handball.https://t.co/Avtof9CIQT https://t.co/R7V47mT5ZL pic.twitter.com/UUI3vYwWSy

✅  Stats before the game.  AC Milan have kept just one clean sheet in their last ten home games in European competitions (3-0 against Sparta Praha in October 2020), all in the Europa League (including qualifiers).     AC Milan striker Zlatan Ibrahimović has scored in five of his last six starts in the Champions League (five goals), though this could be his first start in the competition since April 2016 (against Manchester City).    Before Díaz, the last player to score in his first two Champions League games in an AC Milan shirt was his current teammate Zlatan Ibrahimović in September 2010. The only precedents between AC Milan and Atletico Madrid in European competitions date back to the 2013/14 Champions League, where the Italian team lost both games and was eliminated in the round of 16.  This will be Atletico Madrid’s fifth away match against an Italian team in the Champions League under the guidance of Diego Simeone. After winning the first of these games (1-0 against Milan in February 2014), Atletico have not managed to win any of the last four without scoring a goal in the partial (2draws, 2 lost). AC Milan have only won one of their last 17 games against Spanish opponents in European competition (7 draws, 9 lost), and have never won in the seven games since their only victory in this set: 2-0 against Barcelona in February 2013.  Atletico Madrid failed to win the first two games of a Champions League season only once with Diego Simeone on the bench, drawing 0-0 against Roma and losing 1-2 against Chelsea in the 2017/18 edition.

Referee Cüneyt Çakir from Turkey will be assisted by Bahattin Duran (TUR) and Assistant Referee 2: Tarik Ongun (TUR). The Fourth Official will be Arda Kardeşler (TUR). The VAR will be Abdulkadir Bitigen (TUR) and the AVAR will be Mete Kalkavan (TUR). The Referee Observer will be Guy Goethals (BEL). 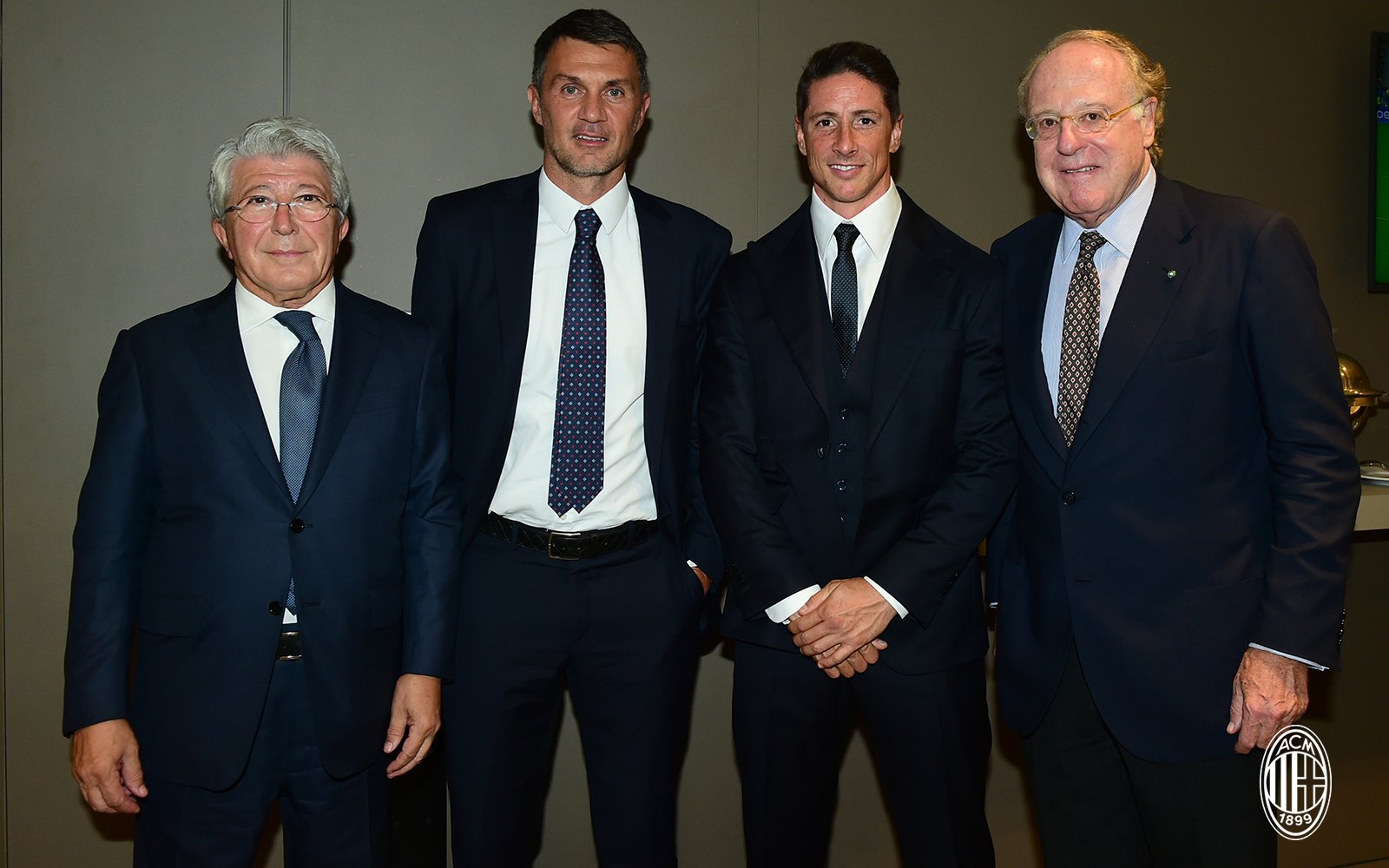 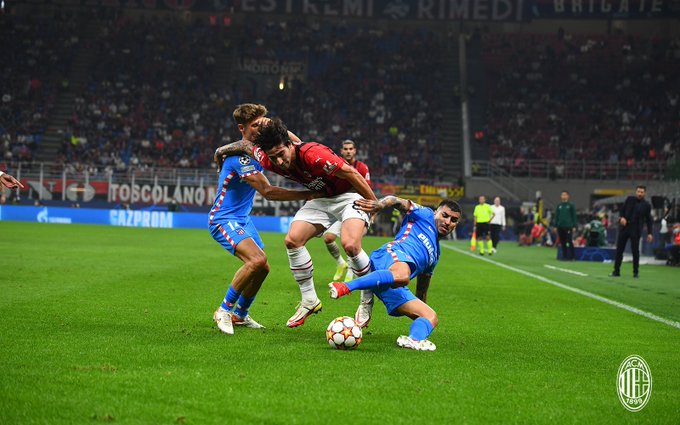 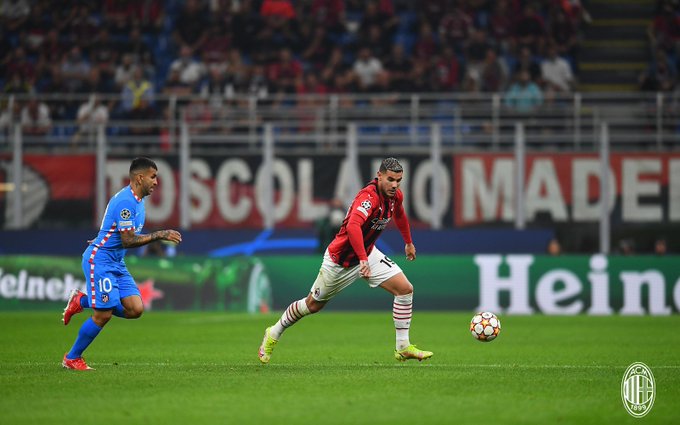 👉First half is over. AC Milan 1 – 0 Atletico Madrid 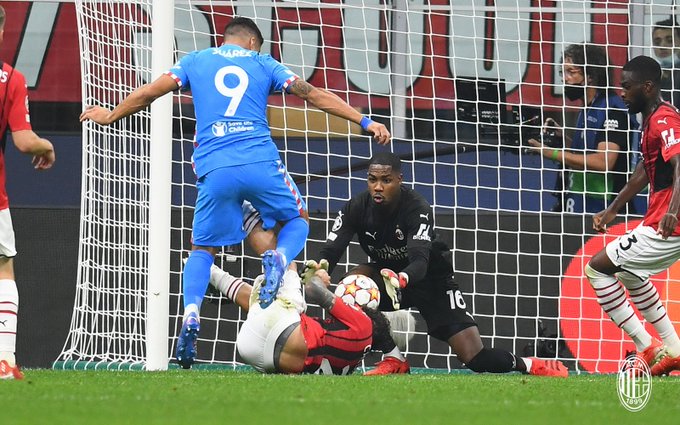