Genoa has officially announced the sacking of  Coach Andriy Shevchenko on Saturday 15 January 2022 after only two months in charge.  “The Club would like to thank the coach and his staff for their hard work in recent months. The technical leadership of the First Team will be temporarily entrusted to Mr. Abdoulay Konko, assisted by Roberto Murgita”.

Genoa  have already identified the replacement of the Ukrainian coach: Bruno Labbadia is on the way. The German coach former Wolfsburg and Leverkusen only awaits the official communication from the club to start operating.

Up to Serie A Week 21, Genoa stands in the 19th position with 16 points and a negative goal difference of -21

Genoa lost the Coppa Italia Round of 16 against AC Milan  3-1 on Thursday 13 January.  Previously, losing the home game against Spezia.  Sheva has never won in the championship and the ranking is increasingly worrying. “I am very bitter and sorry, for our fans and for me. Because it is a negative evening in a very difficult moment, said president Zangrillo – It is probably one of the most difficult moments of recent years for Genoa.” 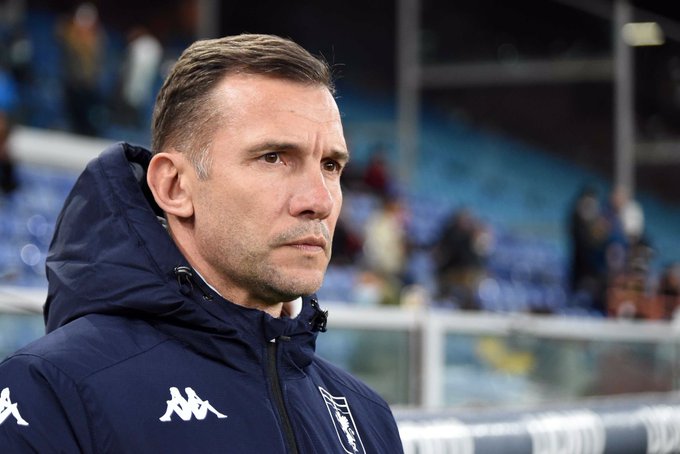