An upset for Lazio failing to defeat Torino at the Olimpico di Roma Stadium.  A draw sending Lazio down from the 9th to the 10th position while Torino going down from the 7th to the 8th position.
Torino could have taken the victory, yet, a slap when Lazio forward Antonio Candreva equalizes for the final 3-3 draw in the 94th minute.  Lazio remaining with 10 players since the 79th minute when Referee Guida gives the second yellow card becoming an automatic RED card to Lazio defender Diego Novaretti for a foul on Torino defender Matteo Darmian.

A match full of goals totaling 6 goals 3 each team.  A give and take.  Lazio opening the score in the   42nd minute with the headed assist by defender Diego Novaretti to forward Stefano Mauri defeating Torino goalkeeper Danielle Padelli with a close range headed shot  in the center.

Torino equalizing in the 52nd minute.   The assist by forward Riccardo Meggiorini towards the center to midfielder Jasmin Kurtic defeating Lazio goalkeeper Etrit Berisha with a right footed shot in the bottom left corner.

Things changing fast for Lazio.  Referee Guida grants a penalty  to Lazio in the 60th minute conceded by Torino goalkeeper Padelli after a foul on Lazio forward Keita.  Guida gives also a yellow card to Torino defender Kamil Glik and midfielder Giuseppe Vives. Taking the penalty spot is forward Antonio Candreva… a one-on-one against Padelli…. and there you go nothing to do for Padelli because Candreva converts the penalty with a right footed shot in the high center.  It’s the 10th goal this season for Candreva.

A rocambolesco end!  Imagine, the momentary joy for Torino when forward Ciro Immobile scores the winner goal in the 89th minute! Yep, the assist by Paulo Barreto to Immobile defeating goalkeeper Berisha with a right footed shot in the bottom right corner.  A special moment not only for the goal, but also because reaffirms Immobile as the sole top scorer in Serie A with 20 goals!

Then, just as I was saying…. the mirage for Torino is over….  Lazio equalizing in extremis, in the very last minute, the actual last second of the extra time!!!  In the 94th minute, forward Antonio Candreva crushing the joy of Torino to claim at least 1 point.  Candreva getting the assist by midfielder Felipe Anderson …. and just to put the sign of “the end”… bam… Candreva defeats Torino goalkeeper with a right footed shot in the bottom left corner.   It’s the 11th goal for Candreva this season.

Here are the last 3 games of TORINO: 3 wins

Photos of the game, Lazio vs Torino courtesy of  torinofc.it /LaPresse 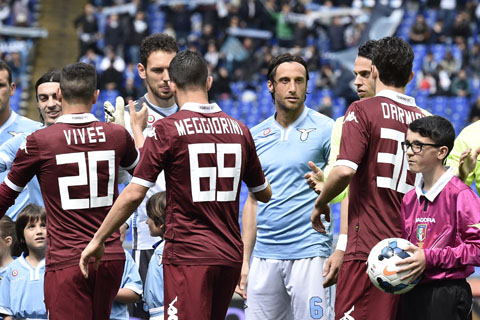 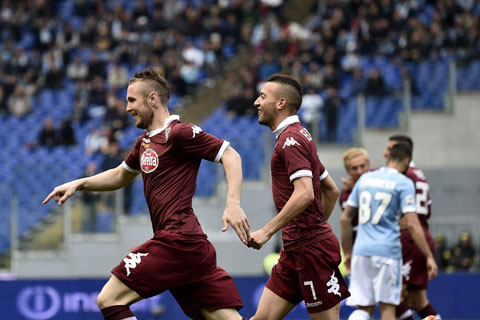 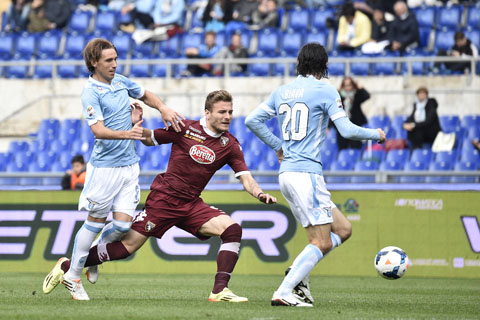 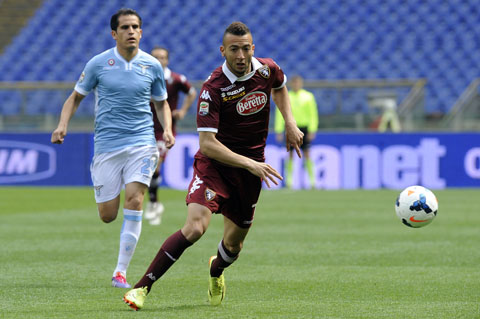 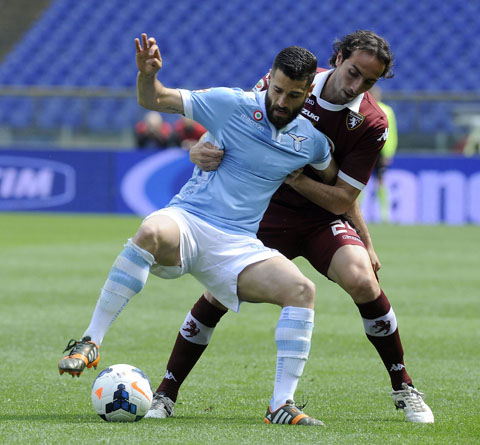 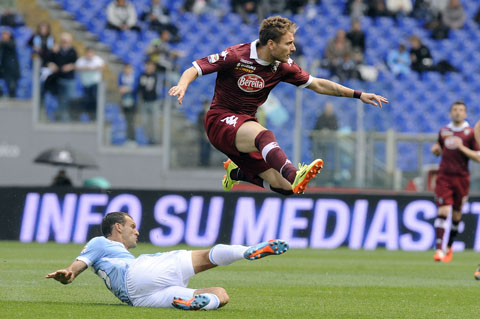 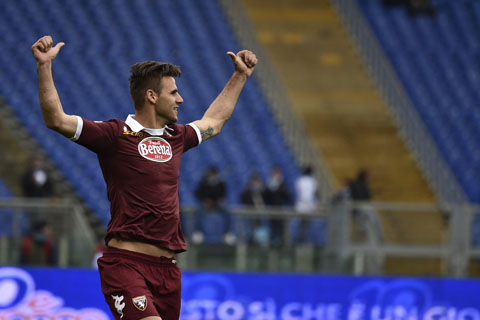 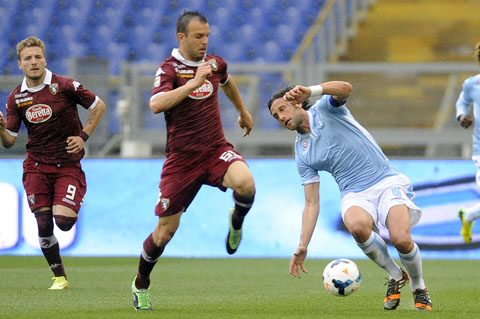 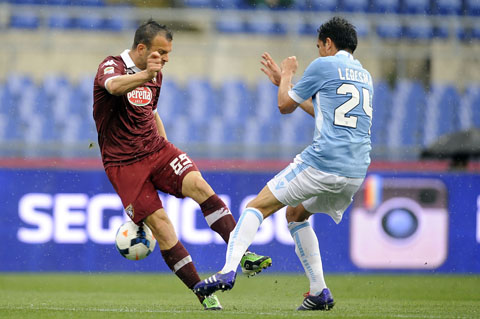 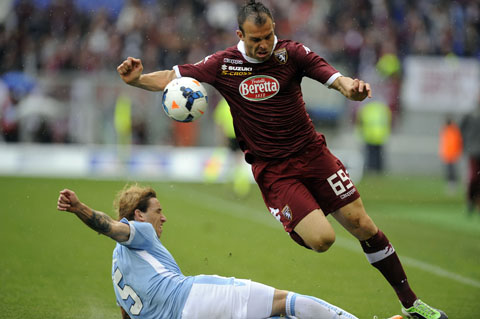 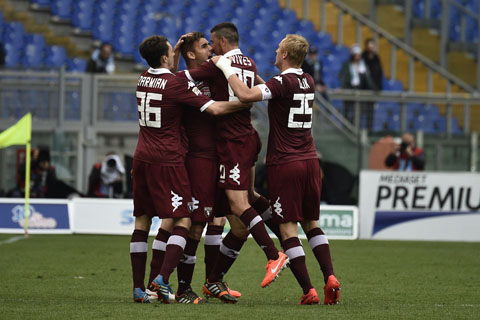 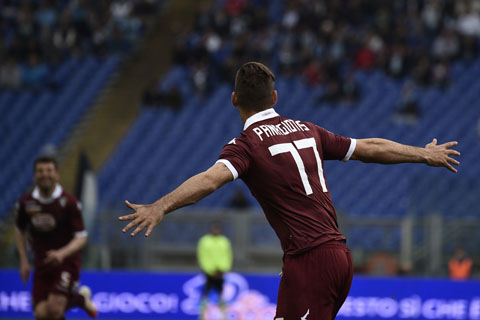 Torino forward Panagiotis Tachtsidis celebrating after his goal against Lazio. 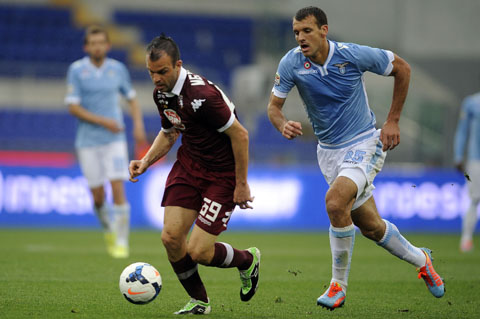 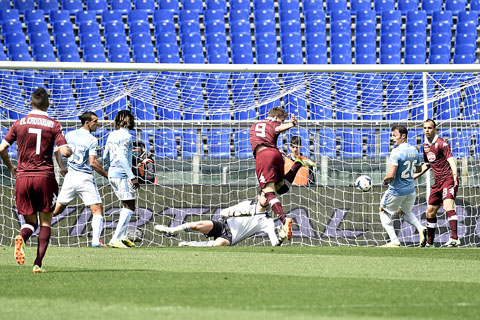 Torino forward Ciro Immobile scoring the third goal of the match confirming his Serie A leadership with 20 goals this season. 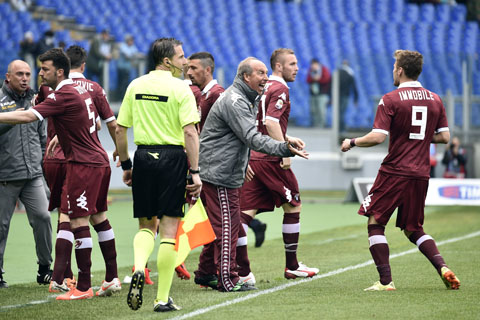 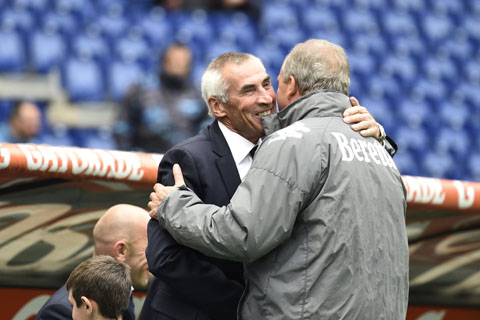