Italy President Sergio Mattarella honored Italy Head Coach Roberto Mancini and the Azzurri on Friday 16 July 2021 after their Euro 2020 victory over England on penalties at Wembley Sunday.  This is a well deserved honor after the remarkable performance of the Azzurri crowned as European Champions, winners of the UEFA Euro 2020.

Mattarella giving each player of the Italian team and staff the Order of Merit of the Italian republic “as recognition of the sporting values and national spirit that animated the Italian victory at the European football championships.”

Mattarella, the head of State conferred the honor of Grand Officer of the Republic on Italian Soccer Federation President Gabriele Gravina and Roberto Mancini, Commander on Team Manager Gabriele Oriali and Delegation Chief Gianluca Vialli, Officer on team captain Giorgio Chiellini and Knight to all the players and reserves. 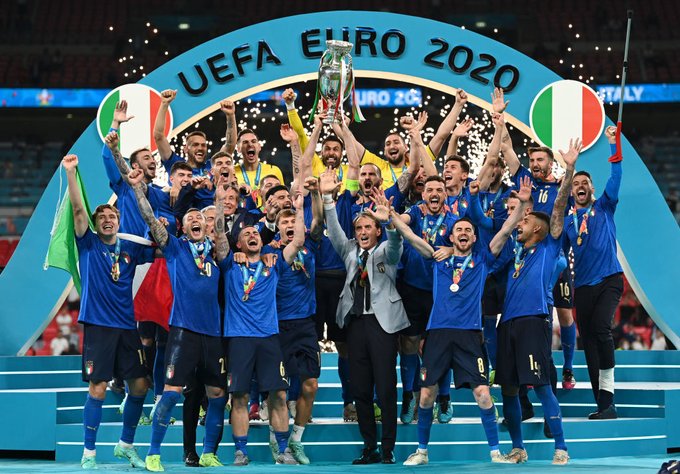 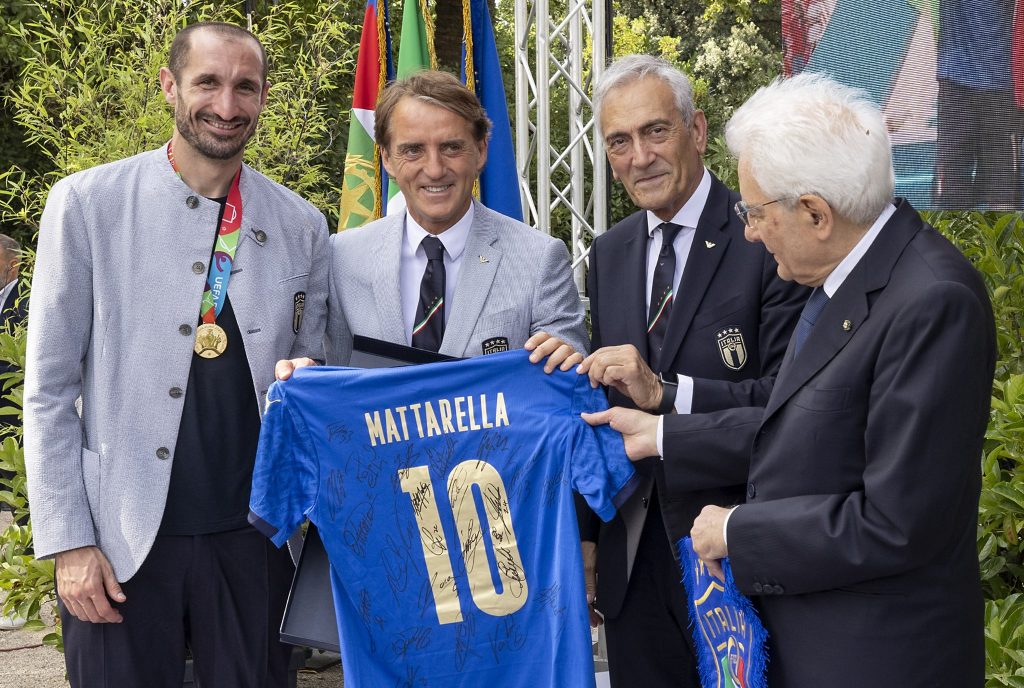