Venezia losing the Serie A Week 14 game defeated by Inter on Saturday 27 November 2021 at the Penzo Stadium in Venice, Italy.  Inter continuing the sprint race to defend their title and remain in the three-way race for the Scudetto reaching 31 points.

3 – Hakan #Calhanoglu has scored in 3 league games in a row for the first time among Serie A and Bundesliga. Viewfinder.#VeneziaInter #SerieA pic.twitter.com/6oJf7sFQHx

Inter adding the cherry on top of the ice cream in the 96th minute for the 0-2. It is Argentine forward Lautaro Martínez converts a penalty to secure the away victory with a right footed shot to the bottom left corner. The penalty is conceded by Ridgeciano Haps.

👉Venezia 0 – 2 Inter, 96th minute, ⚽️ goal by Lautaro Martínez converting a penalty for @Inter_en with a right footed shot to the bottom left corner. The penalty is conceded by Ridgeciano Haps.

✅  Stats before the game. Venezia have won 2 of the 6 Serie A games played against Inter in the era of three points per victory (1D, 3L), only against Cagliari (three) and Fiorentina (four) have they achieved more successes in the period. Venezia have won 5 of their 12 home games against Inter in Serie A, with four draws and three defeats to complete: only against Fiorentina (eight) and Lazio (six) have the lagoonari achieved more home wins in the top flight. It has been since March 2020, against Juventus, that Inter have not lost a Serie A match played after a match in the European cups: in this league two wins and two draws in the four matches played so far after the Champions League. Two consecutive victories in the league for Venezia, which has not reached three consecutive Serie A victories since March 1962. Only Bayern Munich (41 in 12 games) and Liverpool (35 in 12) have scored more goals than Inter (32) in the top five European championships 2021/22: with three more goals, the Nerazzurri would establish their best scoring haul in the first 14 days of a Serie A championship in the era of three points per victory (the record is represented by the 34 goals of last season, 2020/21). Inter have scored in all of their last 16 league away games (30 goals in the partial) and only twice have the Nerazzurri scored for multiple away matches in a row in Serie A: 17 in 2002 and 18 in 1951.

Inter players arriving… ready for the game against Venezia 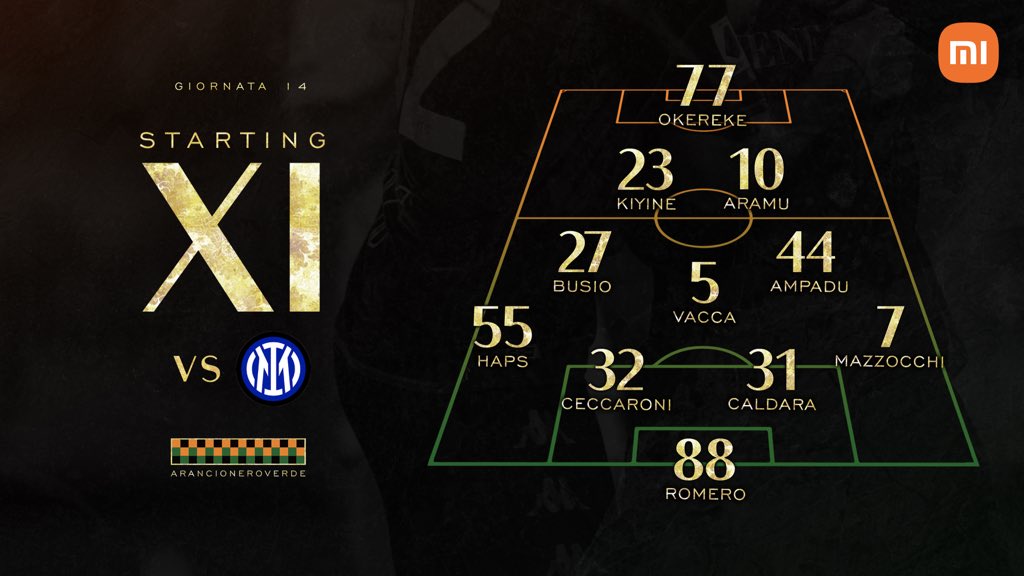 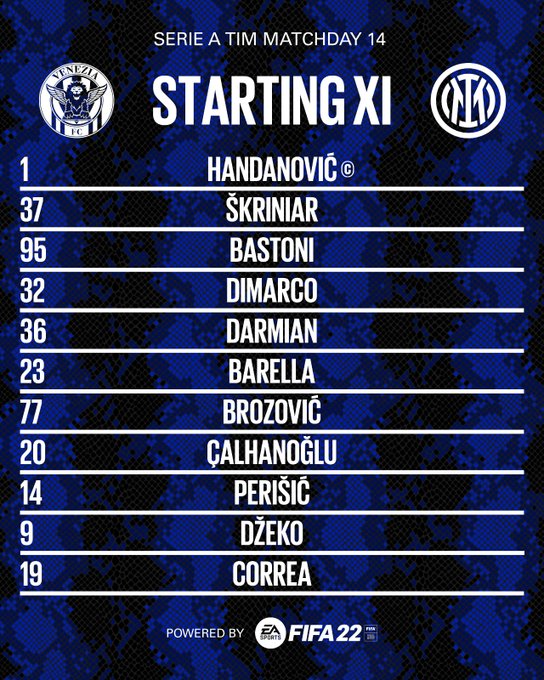