12 Italian Serie A players called up in the World Cup Round of 16 game, Argentina vs Switzerland.  Napoli midfielder Gokhan Inler is the Captain of Switzerland National Football team.  Argentina will play the World Cup Quarterfinals against the winner of the match USA vs Belgium on Saturday 5 July.

Argentina opening the score in the 118th minute  by forward Angel Di Maria with a left footed shot defeating Switzerland goalkeeper Diego Benaglio in the bottom left corner.  The assist by Lionel Messi. 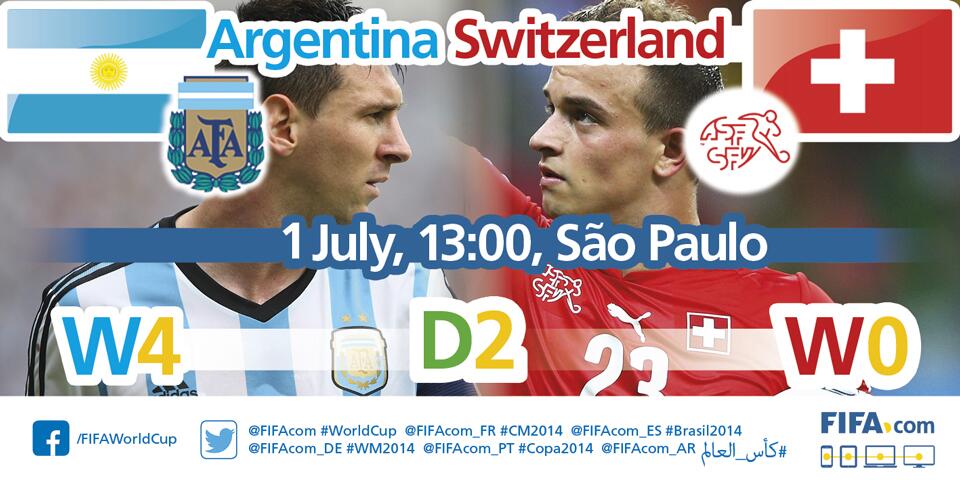