It’s a direct match for the leadership of the World Cup Qualification – Group G. Spain and Italy ended with a 1-1 draw in Turin.   A sour  result for Italy  now defeated by Spain at the Santiago Bernabeu Stadium.  Stats after the game showing Spain unbeaten in 60 World Cup qualifiers and Italy in 56 qualifiers coming to an end.  Spain keep the leadership of Group  G with 19 points while Italy goes down to the second position with 16 points.

Spain taking the lead in the 14th minute from a free kick. It is Isco to defeat Italy goalkeeper Gianluigi Buffon with a right footed shot in the bottom left corner. The free kick resulted after the foul by Italy defender Leonardo Bonucci committing a foul on Marco Asencio. It’s bad news for Italy because Bonucci got a yellow card and will miss the next game.

Italy had the chance to score in the 22nd minute with forward Andrea Belotti. Unfortunately, Spain goalkeeper De Gea saved Belotti’s headed shot in the top right corner. The assist i by Matteo Darmian.

Second goal of the match in the 40th minute and it’s again Isco!!!! It’s a tough situation for Italy because ow the score is 2-0. Isco defeating Buffon with a left footed shot in the bottom right corner. The assist is by Andrés Iniesta. 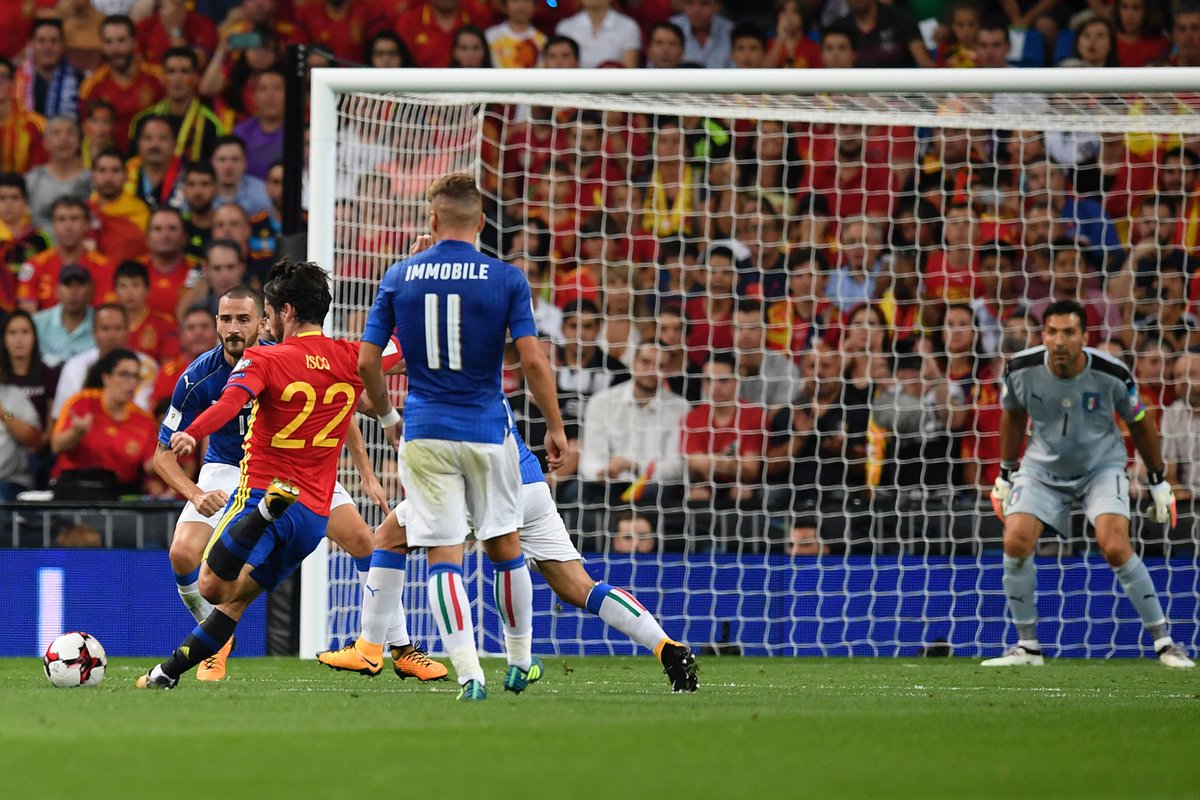 Making matters worst for Italy ….. In the 70th minute it is Alvaro Morata to score the third goal of the match!     What an upset for Italian fans. 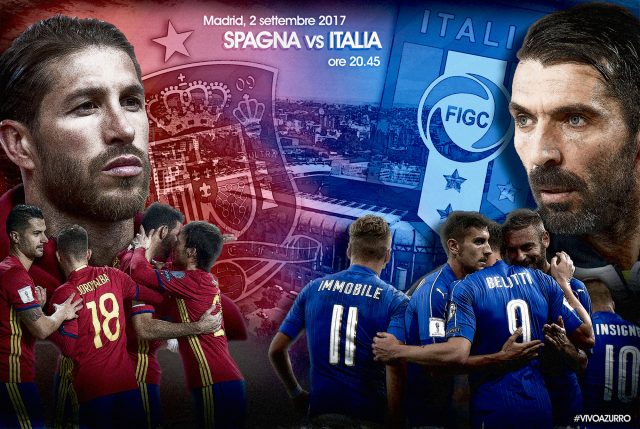