Netherlands  conquering a spot in the World Cup Semifinal after defeating Costa Rica in penalty shoot outs.   Netherlands will play against Argentina on Wednesday 9 July 2014.  It’s an amazing game seeing as protagonist second goalkeeper Tim Krul after the wise decision by Netherlands coach Louis van Gaal to replace goalkeeper Jasper Cillessen before the penalty shoot outs.  Here is the thing.  Krul is an expert on penalties.  It paid off because Krul saved 2 penalties and Netherlands now in the Semifinal.

There are no Serie A players with Costa Rica National team.

Going to extra time after playing regular 90 minutes.  The goal not arriving… 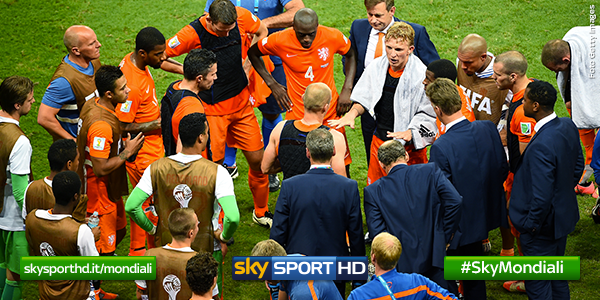 Netherlands winning in penalty shoot outs with a 4-3.